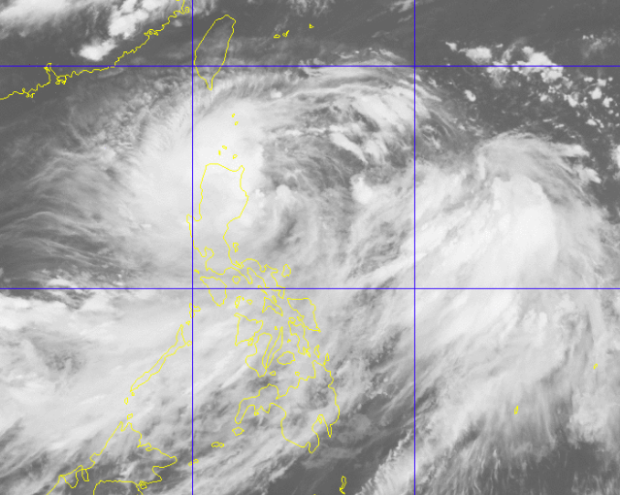 MANILA, Philippines — Storm Signal No. 2 has been raised over the northeastern portion of Cagayan, including Babuyan Group of Islands, as “Falcon” intensified into a tropical storm Tuesday afternoon.

Now with international name “Danas,” a Filipino term for “to experience or feel,” the state weather bureau said the storm will continue to bring rains over parts of Luzon.

Landfall or a close approach is expected over the area of Babuyan-Batanes Islands by Wednesday evening, Pagasa noted.

Pagasa further warned small vessels against sea travel in areas under storm signals and the eastern seaboards of Central Luzon, Southern Luzon, and the Visayas.

Those living in areas at risk of flooding and landslides along the path of Falcon are likewise advised by Pagasa to take precautionary measures.

Falcon was last spotted 335 kilometers east southeast of Tuguegarao City, with maximum sustained winds of up to 65 kilometers per hour near the center and gusts of up to 80 kph.

It continued to move westward at 30 kph, Pagasa said. /kga