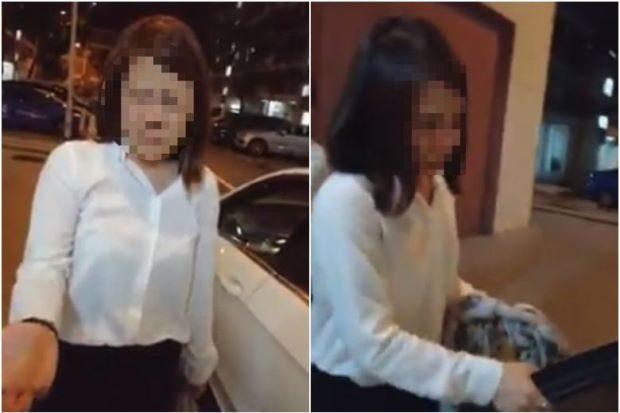 A video shared on Facebook shows the passenger apparently in an intoxicated state. The taxi driver repeatedly says to her while both are outside the vehicle: “Do you want to pay the taxi fare? I will make you very famous. SCREENGRAB FROM FACEBOOK/SGCHINESECLUB via The Straits Times/Asia News Network

SINGAPORE — Transport operator ComfortDelGro has ended the contract of a taxi driver who filmed a drunk passenger because he wanted to shame her after she did not pay her cab fare.

In a statement on Monday (July 15), ComfortDelGro’s group chief corporate communications officer Tammy Tan said that the way the driver handled the incident was unacceptable and that the company has terminated his hiring contract.

A video shared on Facebook shows the passenger apparently in an intoxicated state. The taxi driver repeatedly says to her while both are outside the vehicle: “Do you want to pay the taxi fare? I will make you very famous.”

In response, the woman says several times: “I want to pay you the fee.”

“You’re wasting my time. You’re wasting everybody’s time,” says the driver, who adds that he picked the woman up somewhere in the Central Business District.

He also says in the video that he had called the police.

ComfortDelGro’s Ms Tan said on Monday that cabbies who encounter drunk passengers and fare evaders should not take matters into their own hands. Instead, they should report them to the police and the company, and the company will assist them the best it can.

The video, which has been viewed about 120,000 times, has drawn ire from netizens, who criticized the driver for being too harsh with the woman.

Facebook user Gabriel Lim wrote, addressing the cabby: “Even if she does not have the money on hand or lost her bags, she wants to pay you the fare, or she might be able to call home to ask (her family) to bring the fare down for you.

“I don’t think it’s right to shame or insult her this way with your video or to tell the whole world where you picked her up, as it might be her workplace.”

Netizen Edmund Chong said: “She might have forgotten to take her handbag or lost it after leaving the drinking place. There’s no need to shout. Just call her family down to pay the fare.”