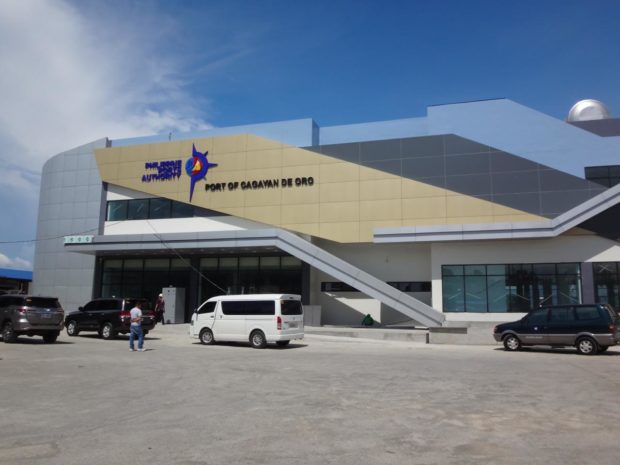 MANILA, Philippines — The passenger terminal at the Port of Cagayan de Oro, considered as the country’s biggest, was inaugurated on Monday, July 15, the Department of Transportation (DOTr) announced.

The building, which is within the Passenger Terminal Complex of the port, is a massive two-storey building with a total floor area of 5,597 square meters, the department said.

The new terminal has a capacity of 3,000 passengers, which is triple its previous capacity.

“I have inaugurated many terminals during our term, and the truth is, this is the biggest passenger terminal building in the Republic of the Philippines,” Tugade said in a statement.

“This project will fulfill the President’s wish of achieving mobility and connectivity between the Visayas and Mindanao,” Tugade said in Filipino. “With this terminal, you will have a convergence of people for mobility that will lead to economic growth.”

For his part, Santiago said: “As the PPA welcomed its 45th founding anniversary, we have this huge PTB to stand as the emblem of our service and dedication… We hope that this new PTB will contribute to the socio-economic growth, not just of Cagayan de Oro, but of the entire Northern Mindanao region,” Santiago said in the same statement.

Also inaugurated on Monday were the Port of Cagayan de Oro’s new electronic gate complex and the Port of Opol in Misamis Oriental.

On the same day, the terminal fee exemption for students started in ll PPA-owned and operated facilities nationwide. Senior citizens, PWDs, and active personnel from the Philippine Coast Guard are also exempted from paying terminal fees.

Read Next
Lagusnilad in Manila scrubbed clean, stalls removed
EDITORS' PICK
DOTr bares 2 phases of public transport revival in GCQ areas
PNP to maintain checkpoints during GCQ to ensure compliance to health protocols
Notice of 2020 regular meeting of stockholders June 18, 2020
Leveling up your ‘lutong bahay’ with the kitchen companion you never knew you needed
LIST: What to expect in areas under GCQ, MGCQ
SM prepares for ‘safe malling’
MOST READ
LIST: What to expect in areas under GCQ, MGCQ
DOH explains: Only 109 of record-high 539 COVID-19 patients were ‘fresh cases’
Duterte approves Metro Manila’s shift to GCQ starting June 1
300 buses to resume operations in NCR by June 1 — Año
Don't miss out on the latest news and information.