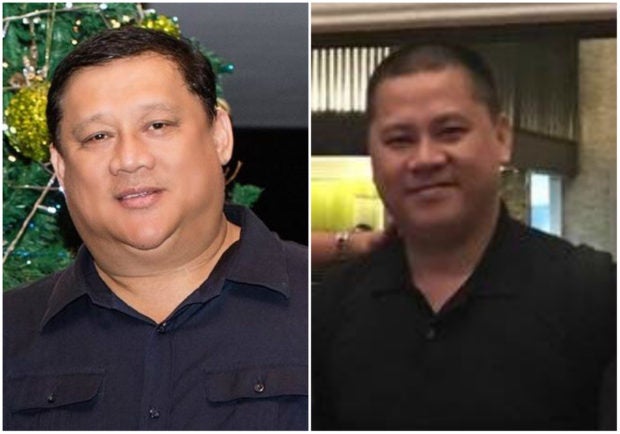 This was the request of Roy Yanson, the newly elected president of the five companies belonging to the Yanson Group of Bus Companies, amid the battle for the control of the family’s multi-billion peso transportation empire.

The Yanson family feud continued with accusations from both camps of millions of pesos in unaccounted funds and calls for a stop to the legal battle.

Roy urged his younger brother, Leo Rey, to fulfill the wishes of their late father, Ricardo Yanson Sr., for the family to unite and preserve his legacy.

Roy is aligned with his siblings Emily, Celina and Ricardo Jr., while Leo Rey has the support of his mother, Olivia, and sister Ginnette Yanson Dumancas.

Leo Rey has refused to step down as president. He and his mother maintained that Roy’s assumption as president of their bus empire was illegal.

Olivia has accused her daughter, Celina, of failing to explain more than P500 million in unliquidated funds.

Celina, on the other hand, accused her brother, Leo Rey, of unauthorized withdrawals of company funds.

A press release from the camp of Roy said that before their father died in 2015, he appeared in a video and appealed to his wife, Olivia, and children to avoid legal battles and just focus on improving the company.

“We may have disagreements now, but I still believe that blood is thicker than water or power, I should say. I know Leo, even my sister Ginnette, and my mother Olivia want nothing more than the best interest for this company which dad started,” Roy said.

A hearing begins at a Bacolod court today to resolve a petition to stop Roy and his fellow corporate officers from taking control over their companies.

Leo Rey was removed as president of the company after the company’s Chief Financial Officer, Celina, found several bank withdrawals by Leo Rey without authorization from the management, the press release said.

Celina alleged that the withdrawals amounted to several hundreds of millions of pesos.

Roy said the removal of Leo Rey as president was part of the family’s modernization plan of professionalizing the bus management.

While he praised Leo for spearheading efforts at growth, Roy said he believed that some “customs” or “internal procedures” should change because the company needed to modernize its processes and operations to safeguard corporate funds for employees.

“We continue on improving our auditing and accounting procedures to maintain the integrity of our collections …what we have discovered are withdrawals made by Leo, covered by official communications with our banks,” he said.

“There are no lost funds amounting to P380 million. I think my mother, Olivia was fed wrongful or malicious information. What we have so far, as evidence, was the one discovered by my sister Celina who works as our Chief Financial Officer pertaining to withdrawals made by Leo Rey which, until now, remains unaccounted,” he added.

Roy appealed to Leo Rey and his mother to allow the new management to have full control of the company bus terminals in the North and South of Bacolod City to ensure the integrity of collections and avoid endangering the good financial standing of the entire group of companies.

Olivia slammed Celina for questioning the propriety of the P11.8 million cash withdrawals made by Leo Rey in early June 2019.

“It’s clearly a diversionary tactic. She herself (Celina) has P380 million to answer for, as confirmed by one of the largest and respected audit firms in the country. I just hope she would be able to account for that amount. The public and all Ceres stakeholders should be aware of her attempts to hide the real issue,” Olivia said.

She alleged that an audit team disclosed earlier Saturday yet another irregularity involving Celina on top of the reported P380 million loss she failed to account.

“Over a two-year period covering 2017 until mid-2019, it was also found out that she and her treasury division still have to liquidate revolving funds amounting to P146.14 million from out of the company’s income in Luzon, Mindanao and Panay areas,” Olivia said.

“This shows that her liability is much bigger than the audit had reported earlier. It’s a staggering amount. It’s now more than P500 million. This should be looked into as this is tantamount to defrauding or a serious attempt to defraud the corporation,” Olivia said.

Olivia called on Celina to account for the P380 million plus the newly discoveredP146.14 million.