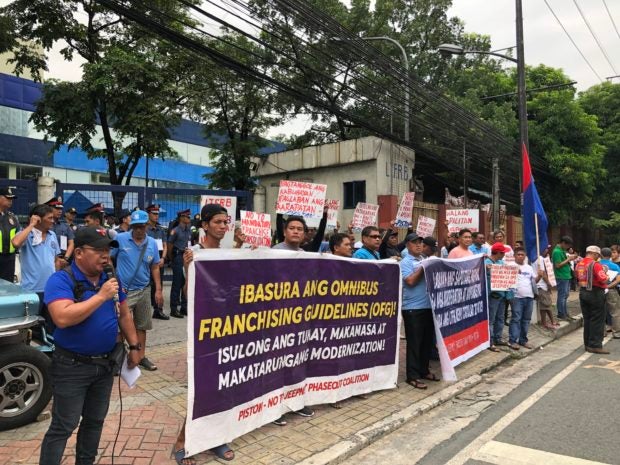 PROTEST ACTION – Drivers and operators staged a protest against the PUV modernization program in front of the LTFRB main office in Quezon City on Monday, July 15, 2019. (Photo by Daphne Galvez / INQUIRER.net) 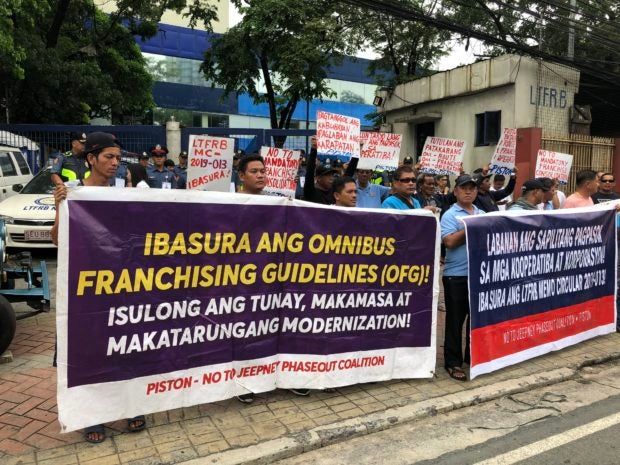 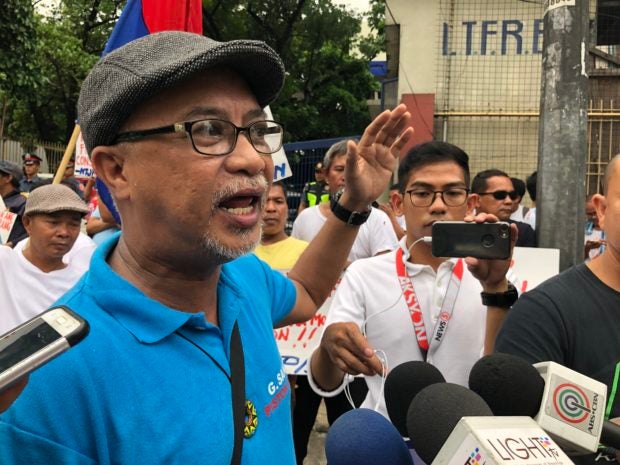 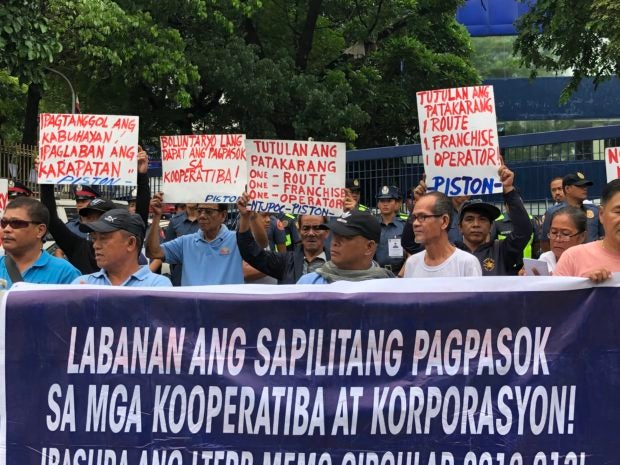 Aside from blasting the jeepney phaseout program, Piston also denounced the new round of oil price hikes this week.

Another group, the Alliance of Concerned Transport Organization (Acto), also joined the protest. As a show of force, as many as 500 passenger jeeps packed with its members arrived at the LTFRB office.

While they are not against the idea of modernizing the PUV, Acto president Efren de Luna said the group is opposing some of the program’s provisions which are impossible for the drivers and operators to follow.

Among such policies is the requirement to have a depot or terminal if an operator has 200 units.

The group also wanted to ask the LTFRB of what would happen to drivers and operators who would not be able to comply with the program by 2020, De Luna said.

He pointed out that the program is still being discussed in the Senate and House of Representatives, putting some of the drivers and operators in the quandary whether they will modernize their jeepneys or not.

The group were supposed to hold a strike on Monday but decided to call it off so that commuters would not be affected.