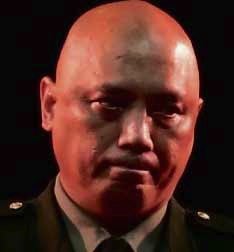 MANILA, Philippines — The chief of the Philippine Army maintained over the weekend that any coup d’etat attempt would fail in the major service because of the soldiers’ firm loyalty.

On the sidelines of Friday’s change of command rites for the Southern Tagalog region’s 2nd Infantry Division in Rizal, Army chief Lt. Gen. Macairog Alberto told reporters that he doubted that any plot to stage a putsch would succeed because it would be difficult to recruit soldiers, particularly Army troopers.

He assured that “100 percent of the AFP (Armed Forces of the Philippines) is loyal to the flag and the Constitution.”

“They (soldiers) will really report even before anybody attempts [to recruit]. Even the slightest hint of anyone sowing ideas [of a coup d’etat], they immediately report,” Alberto pointed out.

He stressed that there was no reason to stage a coup d’etat.

“The situation before, the past grievances do not exist. We do not see those conditions today,” he explained.

He was referring to coup d’etats staged by disgruntled soldiers against past administrations.

According to Alberto, those who may plot a coup d’etat are those who aim to benefit from it.

No report of recruitment

The Army chief said there had been no report of recruitment among the soldiers.

“Our soldiers are professional. We are more professional than before and we have no inclination or tendency to adventurism. We are satisfied with the political leadership,” he said.

“We have a job and mission we need to focus on,” Alberto said, adding that the constitutional mandate of the Armed Forces of the Philippines is to protect the people and the state.