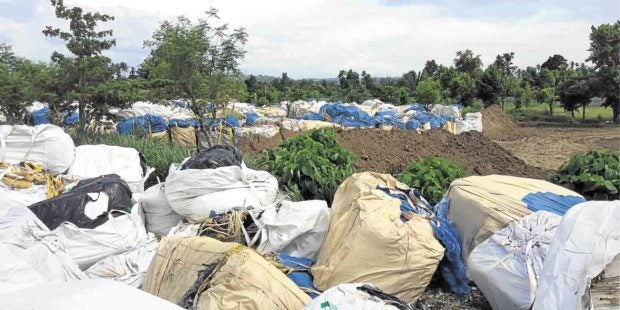 CAGAYAN DE ORO CITY, Misamis Oriental — The plan of the Department of Finance (DOF) to organize a special strike team within the Bureau of Customs (BOC) to prevent foreign garbage from being dumped in the Philippines has the support of environmental group EcoWaste Coalition.

EcoWaste Coalition national coordinator Aileen Lucero said Finance Secretary Carlos Dominguez III’s order to the BOC to create such a team would be useful in averting the entry of waste shipments into the country’s ports.

“All BOC ports nationwide should have a dedicated group comprised of honest and principled women and men who will proactively act to frustrate the unloading and dumping of waste from overseas into our shores,” Lucero said in a statement last week.

She said the efforts of John Simon, the Mindanao Container Terminal (MCT) Customs subport collector, in seizing misdeclared waste shipments from Hong Kong, South Korea and Australia should “inspire other ports to be more vigilant against such imports.”

The 6,500 metric tons of mostly plastic waste from South Korea arrived at MCT in two shipments in July and on Oct. 20 last year. Simon facilitated the reshipment of 1,599 MT of the garbage back to South Korea in January this year.

Simon, who assumed his post in October last year, was also responsible for sending back 2.651 tons of electronic waste to China’s special administrative region of Hong Kong on June 3, four months after the shipment arrived at MCT.

The BOC still has to act on the Australian waste discovered at the port and seized by Simon’s team in May.

Dominguez had directed Customs Commissioner Rey Leonardo Guerrero to look into the creation of a special strike team during a recent DOF executive committee meeting.

“It’s time we put up something like an environmental unit in the Customs to really act on this garbage issue,” Dominguez said in a July 11 article posted on the DOF website.

Simon, in a text message on Sunday, said: “That’s good. We shall now have a nationwide awareness and monitoring of waste smuggling in the Philippines.”

Lucero said the creation of the special team must be done soon due to the continuing threat of illegal trafficking of waste. 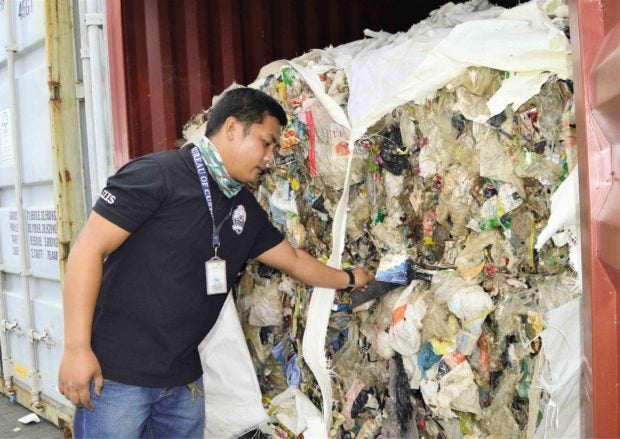 INSPECTION A Customs official in Misamis Oriental checks a container of trash in this photo taken in January. JIGGER JERUSALEM

“As time is of the essence, we hope the BOC strike team versus foreign waste imports will be set up soon. Its information will be in sync with the presidential order banning waste imports,” she said.

President Rodrigo Duterte, in May, declared that the Philippines would no longer accept any waste shipment from any country.

To further shield the country from adverse impact of the global waste trade, EcoWaste Coalition has called on the government to hasten the ratification of the Basel Ban Amendment.

The Basel Ban Amendment, which only needs ratification from two more eligible countries such as the Philippines, seeks to prohibit the export of hazardous and other waste from developed to developing countries for any reason, including recycling.

“We expect the DOF and the BOC to strongly support the [Department of Environment and Natural Resources] in seeking President Duterte’s ratification of the Basel Ban Amendment,” Lucero said.