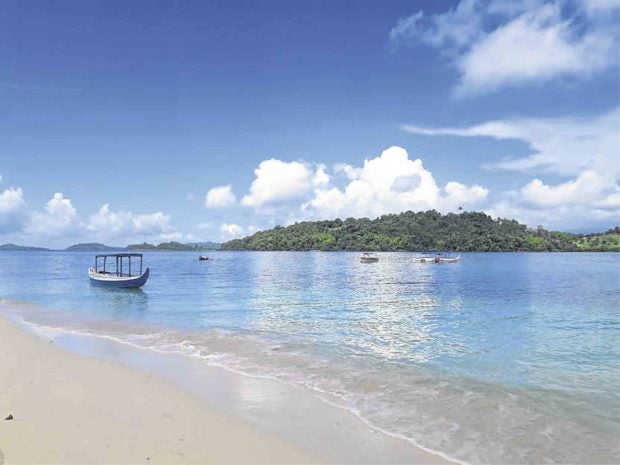 SERENITY The clear, aquamarine waters and white sand beach of Sirommon Island in Zamboanga City are perfect for a quiet getaway. —YARA LUKMAN

With its white sand beaches, a natural infinity pool and unique rock formations, Once (pronounced: on-se) Islas, or 11 isles, has been a rising ecocultural attraction on the Zamboanga Peninsula since it was opened to local and foreign tourists on July 1, 2018.

The islands in the Moro Gulf belong to two city villages, Panubigan and Dita, and only four are officially declared tourism zones by the city government—Sirommon, Bisaya-Bisaya, Buh-Buh and Baung-Baung.

Most of the islanders belong to the Sama Banguingui tribe who practice the Islamic religion and depend mainly on fishing and seaweed farming for their livelihood.

The island-hopping trip starts at the wharf near Panubigan Barangay Hall, the only city-recognized jump-off point. After 25 to 30 minutes of riding a banca, which can carry at most nine passengers, visitors will reach Sirommon Island first through one of the regular routes.

There, they can have a concrete grasp of what it’s like to live on one of the smallest islands in the country.

Sirommon’s “front beach” has very fine white sand, clear aquamarine waters ideal for swimming and snorkeling, and a relaxing view of the neighboring islands. Starfish can be seen during low tide, but tourists are not allowed to take these or any coral out of the water. 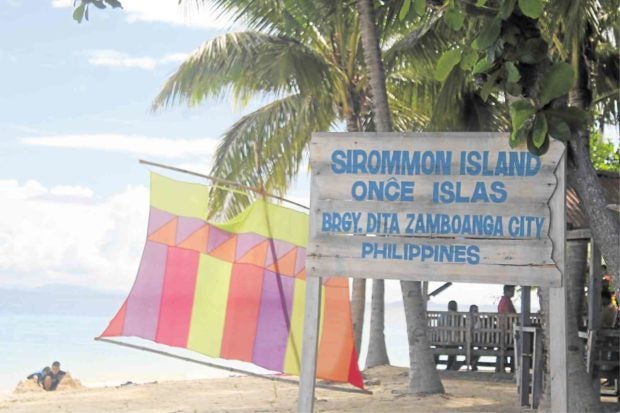 For an additional fee of P50 each, tourists can trek through lush terrain to get to the other side of the island, or “back beach” as locals call it. They can stay in tree cottages, and divers can enjoy the diverse species of fish and corals thriving in deep waters nearby.

While traveling to the next island of Bisaya-Bisaya, tourists will pass by the only mosque in Once Islas on the shore of Buh-Buh Island. The little green mosque has yet to be opened to tourists as preparations for a cultural immersion experience are still ongoing.

Bisaya-Bisaya also has a white sand beach. To get to its islet, one can walk on the sandy and rocky natural walkway—amazing rock formations that dazzle in dark brown, black and gold in sharp contrast to the dominant greenish blue sea.

Also on the islet is a natural infinity pool—a rock formation filled with seawater by crashing waves. The water is warm from the heat of the sun but just enough for a relaxing dip. Visitors must be careful, though, with the rocky and slippery surfaces.

With a rented kayak, the tireless traveler can navigate the waters surrounding Bisaya-Bisaya. 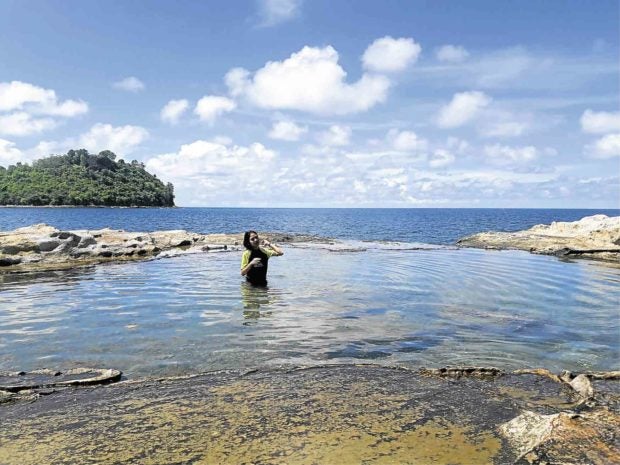 INFINITY POOL A rock formation filled with seawater by the crashing waves serves as a natural infinity pool on Bisaya-Bisaya islet. —YARA LUKMAN

The island-hopping ends where it started—at Panubigan Wharf.

As a security protocol in Zamboanga, Coast Guard personnel and armed policemen are deployed around the islands. Tourism activities began almost five years after Zamboanga City was liberated from Moro rebels involved in the 2013 siege.

The city government and the local community in Once Islas are still working on the improvement of the general tourism management, infrastructures (especially watchtowers and the road from the national highway to Panubigan Barangay Hall) and regular compensation for tour guides and island wardens.

Councilor BG Guingona, the main proponent of the ordinance on the operations for Once Islas, says more activities are being planned for the island-hopping trip, such as surfing, zip line adventures and a cultural immersion village. 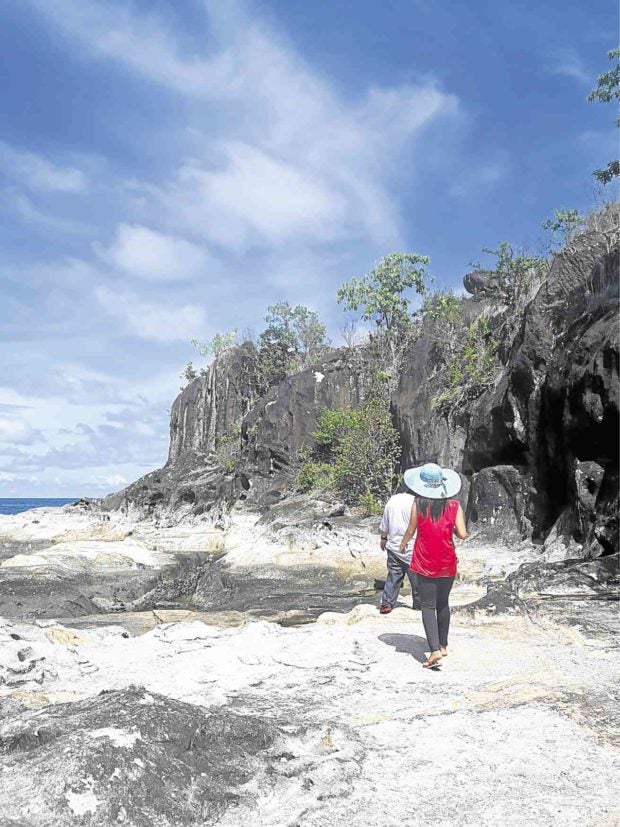 “We want Once Islas to be sustainable through effective solid waste management. We want visitors to be responsible ecocultural tourists, not just to enjoy as sightseers,” Guingona says.

Tung Samson, one of the wardens on Sirommon, said visitors always appreciated the beauty of the island. “Many of them, especially those who are financially capable, also said that they would help in developing our islands.”

Some hotels and restaurants also offer native food, like “curacha” (red crab), “satti” and knickerbocker, to visitors to the city and to Once Islas. 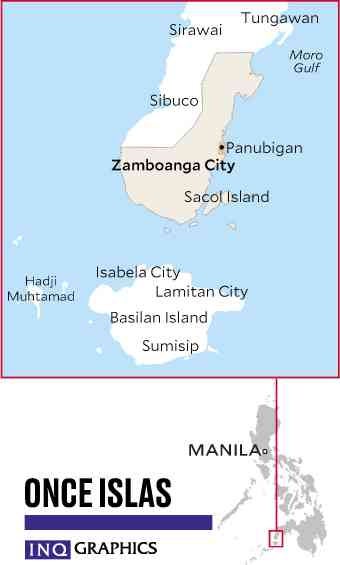 To get to Once Islas, take a northbound bus or private vehicle from the city center for an hourlong trip to Panubigan. Advance bookings must be made with the city tourism office because a maximum of 200 guests are allowed per day on the islands, and the trips are strictly regulated. Travel expenses include an entrance fee of P100 and environmental fee of P100 per person, P2,000 for the roundtrip banca ride (maximum of nine passengers) and P300 for the tour guide. The tour is from 7 a.m. to 3 p.m. daily, except Friday, a special religious day for Muslims.

Visitors are given a detailed orientation of the do’s and don’ts during the entire island-hopping trip.

Guests can bring their own food but are discouraged from including pork and alcohol out of respect for the local community’s culture. They must also dress appropriately.