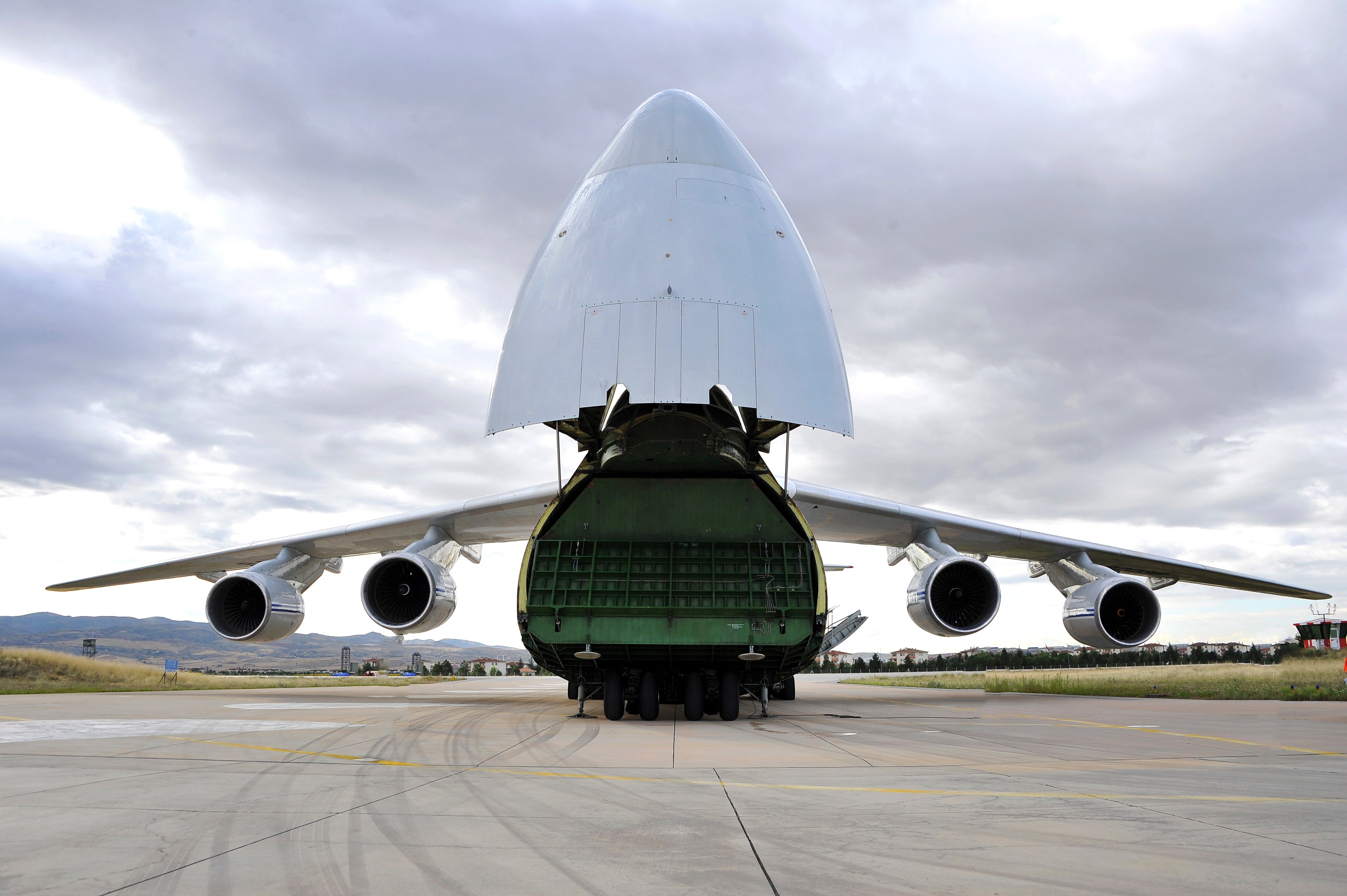 A Russian transport aircraft, carrying military vehicles and equipment, parts of the S-400 air defense systems, is seen at Murted military airport in Ankara, Turkey, Friday, July 12, 2019. The first shipment of a Russian missile defense system has arrived in Turkey, the Turkish Defense Ministry said Friday, moving the country closer to possible U.S. sanctions and a new standoff with Washington. The U.S. has strongly urged NATO member Turkey to pull back from the deal, warning the country that it will face economic sanctions. (Turkish Defence Ministry via AP, Pool)

ISTANBUL — Turkey received the first batch of Russia’s S-400 missile defense system on Friday, sparking NATO “concern” and risking deepening tensions with the United States, which has repeatedly warned against the purchase.

The delivery to an air base in the Turkish capital Ankara comes after Washington warned this week that there would be “real and negative” consequences if Turkey bought the defense system.

NATO, which counts Turkey as one of its members, is “concerned about the potential consequences” of the purchase, an official told AFP.

The alliance has repeatedly warned Turkey that the Russian system is incompatible with other NATO weapons systems, not least the F-35, a new generation multi-role stealth fighter jet.

The US fears that if Ankara integrates the S-400 into its defenses there is a risk that sensitive data about its F-35 could leak back to the Russians and it has threatened to expel Turkey from its fighter jet program.

But Turkish President Recep Tayyip Erdogan has refused to back down and said he is confident Turkey will not face US sanctions, after meeting his US counterpart Donald Trump on the margins of the G-20 summit in Japan last month.

On Friday, the Turkish defense ministry issued a statement confirming “the delivery of the first shipment of parts of the S-400 long range regional air missile defense system” had begun.

Kremlin spokesman Dmitry Peskov told journalists on Friday that “everything is happening in strict accordance with the agreements and signed contracts, all obligations are being carried out”.

While the Trump administration stayed quiet, members of Congress across party lines called for the United States to terminate Turkey’s participation in the F-35 program and to slap sanctions on Turks involved in the deal with Russia.

“President Erdogan was given a very clear choice. Unfortunately, he has clearly made the wrong one,” said Eliot Engel and Michael McFaul, the top Democrat and Republican respectively on the House Foreign Affairs Committee.

“That a NATO ally would choose to side with Russia and Vladimir Putin over the alliance and closer cooperation with the United States is hard to fathom,” they said in a joint statement.

The US State Department has said Turkish officials are fully aware of legislation — the Countering America’s Adversaries Through Sanctions Act — which mandates sanctions for any “significant” purchases of weapons from Russia.

Washington has given Ankara until July 31 to cancel the S-400 purchase or have its pilots kicked off its F-35 training course and expelled from the US.

Trump’s pick for Pentagon chief, Mark Esper, confronted the Turkish defense minister, Hulusi Akar, about the deal on the sidelines of a NATO meeting last month.

Akar told Esper in a phone call late Friday that Turkey was under “serious threat” and its acquisition of S-400s was “not a choice but an obligation”, the Turkish defense ministry said in a statement.

He also said Turkey was obliged to take measures against “intensive attacks” from the Syrian border as it is a priority for Ankara to protect its borders.

He said the Turkish army was the only competent force to create a “safe zone” in northern Syria, and the two men agreed a US delegation would visit Ankara next week to discuss the details.

The Pentagon confirmed that the call had taken place.

The first parts of the Russian missile system arrived on three planes at Ankara’s Murted air base, which was aired live on Turkish broadcasters. It arrived three days before the anniversary of a failed 2016 coup attempt.

Turkey has repeatedly refused to back down from the agreement with Russia, despite US threats.

“We say this each time. This is a done deal. The process continues. We are coordinating this work, whether permission for planes, personnel,” Foreign Minister Mevlut Cavusoglu told reporters in Ankara on Friday.

US support for Kurdish militia in Syria deemed as “terrorists” by Ankara is one of the major stumbling blocks in relations between the two countries, as well as Washington’s refusal to extradite Muslim preacher Fethullah Gulen blamed for the coup bid.

Nick Heras, of the Center for a New American Security, said the S-400 system would be a “game changer” for Turkey’s air defense strategy in a region surrounded by actors with well-developed air forces.

“It is no secret that Erdogan is positioning Turkey to be a ‘Eurasian’ power, which means that Turkey needs to balance its relationship with China and Russia as much as it does with the United States and NATO,” he told AFP.

“Turkey is not guaranteed to be in the American camp forever.”  /muf