SC magistrate calls for unity in arbitral ruling on WPS 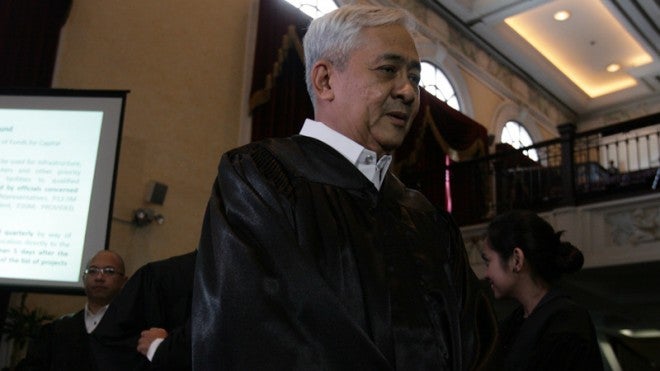 MANILA, Philippines–A Supreme Court associate justice remains hopeful that the government as well as its critics will have the same sense of civic spirit and civic-mindedness as the people who fought for the country’s victory at the Permanent Court of Arbitration (PCA) against China.

On Friday marked the third year since the country won at the Permanent Court of Arbitration in The Hague invalidating China’s claim to nearly the entire South China Sea.

Some sectors say that the country’s victory is only in paper while others have criticized the Duterte administration for taking a soft stance against China.

Former Solicitor-General and current Associate Justice of the Supreme Court Francis Jardeleza said diplomacy, the tact followed by President Rodrigo Duterte, is one of the three options in which the arbitral ruling can be invoked. Other options, he said is going back to the United Nations Convention on the Law of the Sea (UNCLOS) and ask for damages or enforcement and a multilateral approach by involving friendly countries to put pressure on China.

“We won and we won big and it’s there forever. Now the president, the executive department, has acted in a certain way. Some agree or some disagree,”  Jardeleza told ANC. Jardeleza was among the delegation that defended the country’s case against China.

Although Jardeleza refused to comment on the chosen approach by the Duterte administration, he said he is hoping that “on the third anniversary, I’d just go back to the sense of civic spirit, civic-mindedness that sustained us, who fought hard for this, the same patriotism will be observed by the administration as they make their tough calls, and by the critics as they do their rightful way to criticize.”

He added that “in the end, I think the biggest lesson is that when we are united even as we disagree, we can achieve big things. And this ruling will survive, I predict, the political winds, there will be changes in administration. I don’t know if within our lifetime it will be enforced, but this is going to be a continuing project of the Filipino people.” /jpv