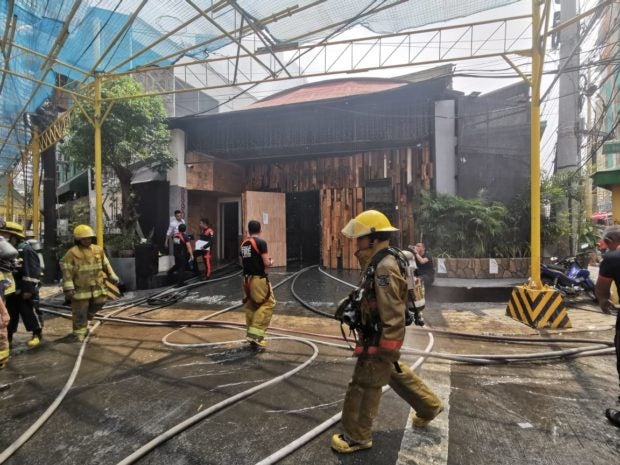 MANILA, Philippines — A fire broke out at a night club in Makati City damaging the whole establishment on Friday.

The Makati Bureau of Fire Protection (BFP) responded to the scene at 12:45 p.m. to put out the fire.

The fire was declared under control at 1:53 p.m.

WATCH: Fire broke out of the K11 club in Bagtikan St., Corner Kamagong, Makati City. The fire has reached the 2nd alarm, according to fire dispatch service. | @khallareINQ pic.twitter.com/m7fDEXaoAP

The Makati BFP has yet to determine what caused the blaze and the total cost of damages. /jpv