newsinfo / Nation
Nation
AMID PROPOSAL TO EXTEND THE TERM OF CONGRESSMEN 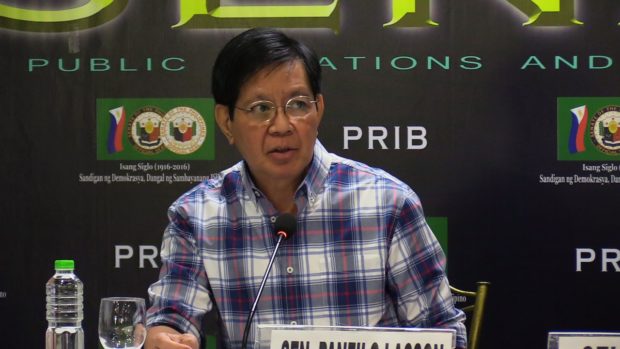 MANILA, Philippines — For Senator Panfilo “Ping” Lacson, the proposal of Taguig Rep. Alan Peter Cayetano to extend the term of congressmen is “starting on the wrong foot, or delivering the wrong message.”

In a Twitter post on Thursday, Lacson even said that such a scheme is “another way of saying goodbye to Cha-cha (Charter change) under the 18th Congress.”

“I would say, country first before self-interest,” he added.

Incoming House Speaker Cayetano’s longer term limit suggestion: Starting on the wrong foot, or delivering the wrong message. It’s another way of saying goodbye to cha-cha under the 18th Congress. I would say, country first before self-interest.

Cayetano, who was recently endorsed as Speaker of the House of Representatives by President Rodrigo Duterte, floated the idea of making the terms of congressmen longer as he thinks it will be more “practical” and “productive” for the country.

“So, I’d like to clarify that, you know, while we will push for federalism, I think, there is a way that the Senate will agree that we push either for four years no term limit or five years na may term limit. And it is not a political thing, it is a practical thing,” Cayetano said in a meeting with House members Wednesday night.

However, Malacañang said that a survey should be conducted first regarding the public’s sentiment on Cayetano’s proposal.