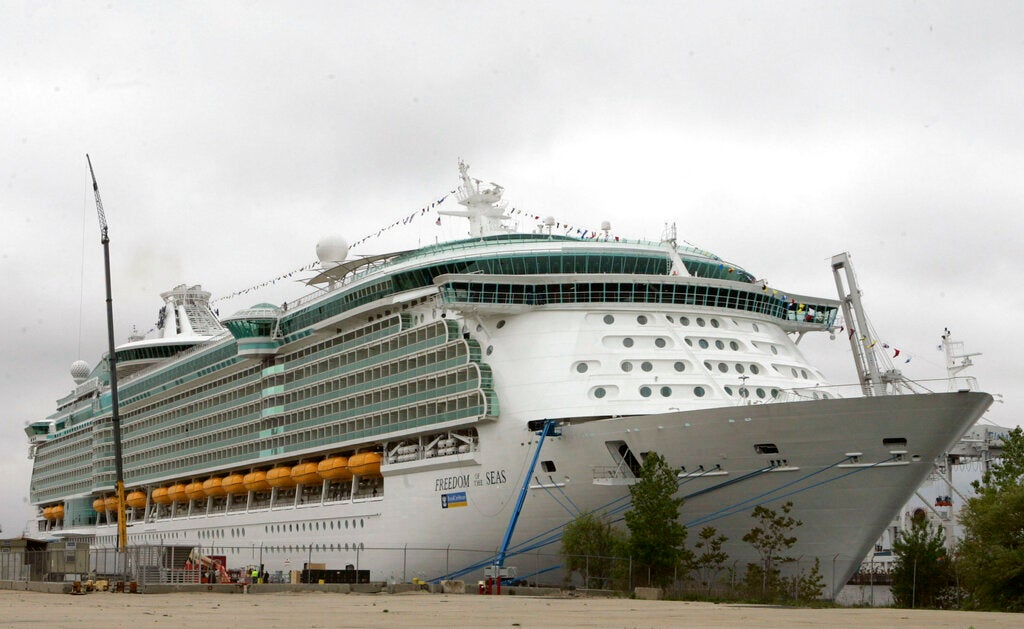 INDIANAPOLIS — An Indiana couple whose 18-month-old daughter fell to her death Sunday from the 11th story of a cruise ship hope to return home Thursday from Puerto Rico on a flight also carrying their youngest child’s body, an attorney for the family said.

Chloe Wiegand’s parents, her two siblings and her two sets of grandparents planned to fly home Thursday to northern Indiana to arrange her funeral and grieve, said Michael Winkleman, a Miami-based attorney who’s representing the family.

“Their singular goal right now is to get home and start working on funeral arrangements,” he said Wednesday evening. “They’re absolutely devastated. It’s been a terrible 72 hours stuck in Puerto Rico and they’re desperate to get home as soon as possible so they can grieve as a family.”

He said the family hopes Chloe’s body, which authorities have released to relatives, can also be on Thursday’s return flight from San Juan to the U.S., but he said they were still working through red tape Wednesday to make sure that can happen.

Winkleman has challenged Puerto Rico police’s Monday statement that Chloe apparently slipped from her grandfather’s hands as he was holding her out of an 11th-floor window on the Freedom of the Seas.

Winkleman said Tuesday that she plunged from a window that had been inexplicably left open in a children’s play area. He said the Granger, Indiana, toddler was playing with her grandfather in the “kid’s water zone” on the ship as it was docked in Puerto Rico when she asked him to lift her to a wall of windows lining the play area.

The toddler wanted to bang on the glass “like she always did at her older brother’s hockey games,” Winkleman said Tuesday. “Her grandfather thought there was glass just like everywhere else, but there was not, and she was gone in an instant.”

Winkleman said that window should have been closed securely and he sees grounds for the family to file a civil lawsuit against Royal Caribbean Cruises. He said the family is still seeking surveillance video from the area of the ship where Chloe fell to her death.

Police in Puerto Rico declined to comment Tuesday on Winkleman’s account of the events leading up to the child’s fatal fall.

Police had no immediate comment Wednesday on their investigation into the girl’s death.

Winkleman said the girl’s father, Alan Wiegand, who’s a police officer in South Bend, Indiana, was interviewed Wednesday by police investigating his youngest child’s death. He said that other relatives have also been interviewed by police on the U.S. island territory.

Royal Caribbean Cruises called the girl’s death a tragic incident in a statement Monday and said it was helping the family. The cruise line has not commented on Winkleman’s statements about the circumstances of the girl’s death.