Father, son nabbed for illegal possession of firearms in Zambales 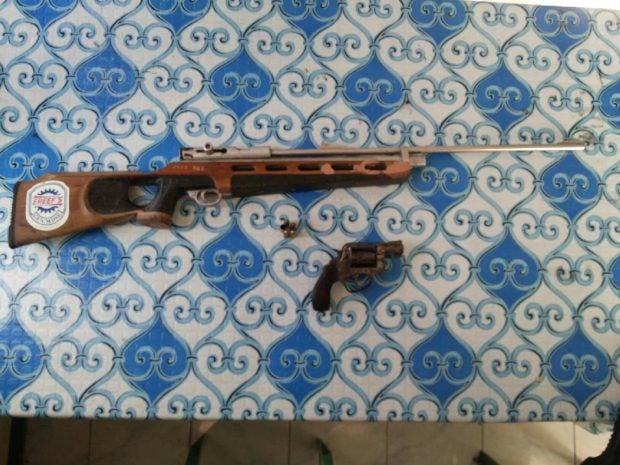 A search inside the house of a man and his son in San Narciso, Zambales yields a .38-caliber revolver loaded with four live bullets, an empty shell and a unit of converted .22-caliber rifle. (Photo from San Narciso Police Station)

SAN NARCISO, Zambales – Police arrested a man and his son for illegal possession of firearms here on Wednesday.

Armed with a warrant, police searched the house of Richard Santos and his son Richie in Barangay La Paz at 5:45 a.m.

During the search, police found a .38-caliber revolver loaded with four live bullets, an empty shell and a unit of a converted .22-caliber rifle.

The suspects are facing charges for violating the comprehensive law on firearms and ammunition. Joanna Rose Aglibot (Editor: Leti Boniol)