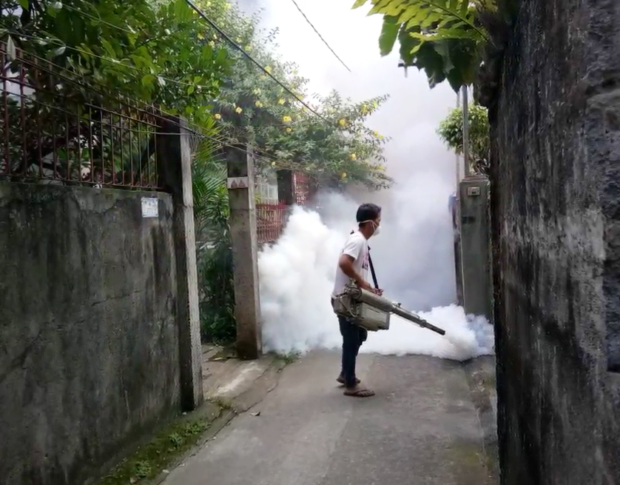 LIGAO CITY – The Provincial Health Office (PHO) has declared Albay under code green as dengue cases continued to rise in the province since January.

Dr. Antonio Ludovice, acting head of PHO, said code green was declared to remind the public that there was a need to intensify the campaign to combat dengue and prevent the possible outbreak of the mosquito-borne disease.

“We put Albay on code green, meaning we need to reiterate and intensify the information education drive, misting, larvicide infiltration, and surveillance,” he said.

Records from the Department of Health in Bicol showed that 22 persons have died from dengue since January.

Albay and Camarines Sur had the most number of deaths with seven each, followed by Sorsogon with five.

The provinces of Camarines Norte, Catanduanes and Masbate also had one recorded death each.

Records from Albay’s PHO epidemiology surveillance unit said there were 1,203 dengue cases from January 1 to June 1.

Ludovice said that because of the surge in dengue cases, rural health units in the province were running out of dengue testing kits.

“We have only 75 dengue testing kits at our stock room and we are requesting more from DOH Region 5,” he said.

Cecil Pan, the DOH dengue coordinator in Bicol, urged the Bicolanos to practice the 4S strategy.

The 4S stands for “Search and Destroy” mosquito breeding places, “Self-protection measures,” “Seek early consultation” for fever as early as one day, and “Say yes to fogging” as a last resort when there is an impending outbreak.

Dr. Jannish Alcala-Arellano, chief of the local health support division of DOH in Bicol, said they have also created a regional dengue task force for prevention, control, and response to the dengue outbreak.

“The objective and purpose are to provide technical assistance and overall direction on how we can decrease the number of dengue cases and prevent an outbreak,” she said. (Editor: Leti Boniol)