MANILA, Philippines – Manila Mayor Isko Moreno ordered the relief of the station commander of the Lawton Police Precinct on Wednesday after fuming over mounds of human waste in the vicinity of Bonifacio Shrine just across the Manila City Hall.

Upon seeing the sorry state of the heritage site, Moreno expressed dismay and uttered expletives. 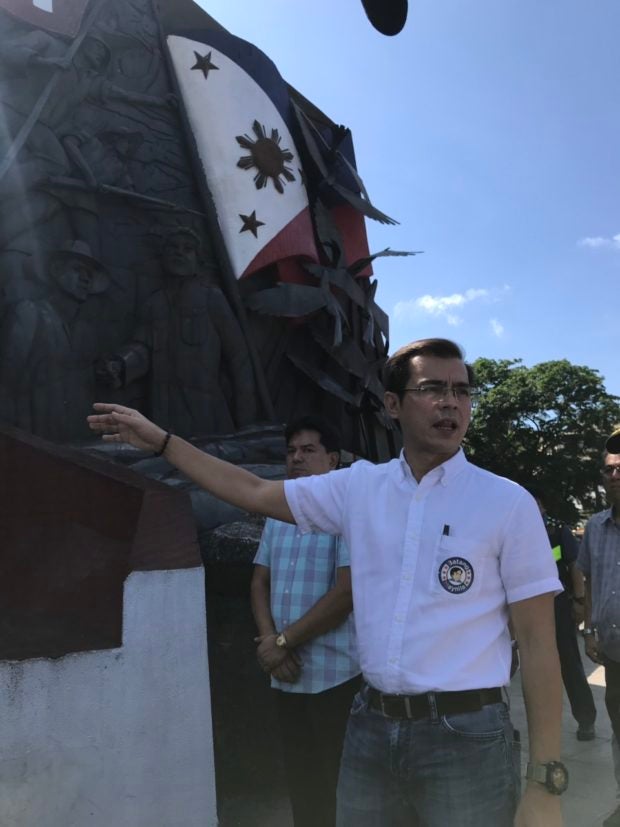 OOOOPS!- Manila Mayor Isko Moreno inspects the Andres Bonifacio Shrine across the Manila City Hall on Wednesday morning, July 9 2019. Moreno fumed after seeing mounds of human waste around the area and ordered the relief of the commander of the Lawton Police Precinct. Photo courtesy of Manila Public Information Office

In fact, during his inspection, Moreno accidentally stepped on a mound of human waste.

He also said that he would clear the area behind the Andres Bonifacio Shrine of vendors.

While on Facebook live, netizens commented that a number of vagrants and solvent boys staying in the area are responsible for the mess. /gsg