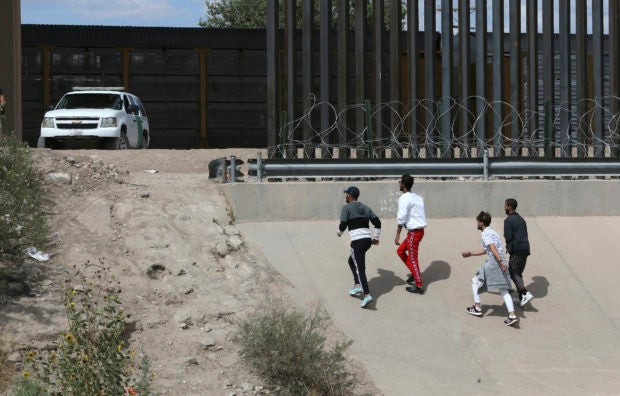 WASHINGTON – Homeland Security says there was a 28% drop in the number of migrants encountered by Customs and Border Protection at the U.S.-Mexico border last month.

May saw a record high number of families cross.

The number of families crossing in June wasn’t immediately released Tuesday, but Homeland Security officials say the tally was down across the board.

The figure includes both apprehensions between ports of entry, and people who were deemed “inadmissible” by Customs officers.

The numbers usually drop during hot summer months, but this year’s tally is 11% lower than last year’s May-to-June decline.

The decline comes amid renewed outcry over conditions at facilities, and a crackdown by Mexico on migrants crossing from Central America. /gsg