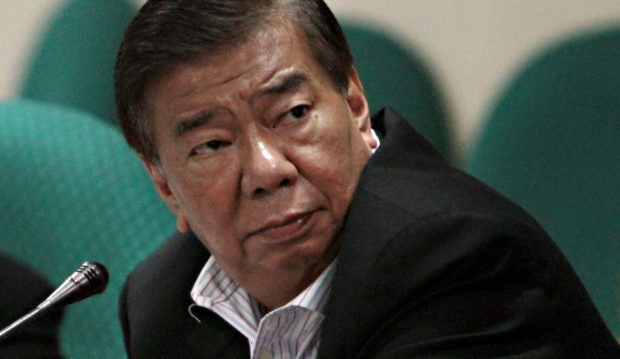 Sen. Panfilo Lacson said amending the fundamental law of the land was not that easy because the mode of bringing about Cha-cha has yet to be resolved.

“It’s a little more complicated than what the President and the House want. Why? We are simply back to the same question, which is to clarify the ambiguity of the provision in the Constitution that deals with the manner of voting by Congress constituting itself into a constituent assembly,” Lacson said.

Another mode available is a constitutional convention, but Lacson wondered if such a body would have enough time to complete its work before the end of the President’s term.

According to Drilon, it was difficult at this time to predict how lawmakers would vote on the proposed changes to the Constitution.

“I sense that a number of my colleagues have a ‘moist eye’ on the presidency in 2022, and may not support an amendment which may lead to a shift to federalism,” he said.

The Senate will be independent on this issue and will not allow Cha-cha to be rushed, Drilon said.

“The Senate always prides itself as independent of Malacañang. The people can always rely on that, so they can be assured that any attempt to revise or amend the Constitution to give way for federalism will undergo the regular process and will not be railroaded,” he said.

“And the minority will be more vigilant against attempts to rush any bill, not only Cha-cha,” Drilon added.

Sen. Joel Villanueva said he did not see any urgent need to amend the Constitution.

But Villanueva added that he did not want to preempt any discussion on it.

The President renewed his call for Cha-cha at the recent oathtaking of officials in Malacañang.

He told the top contenders for the post of Speaker that if they want to change the Constitution, they should do it during his term.