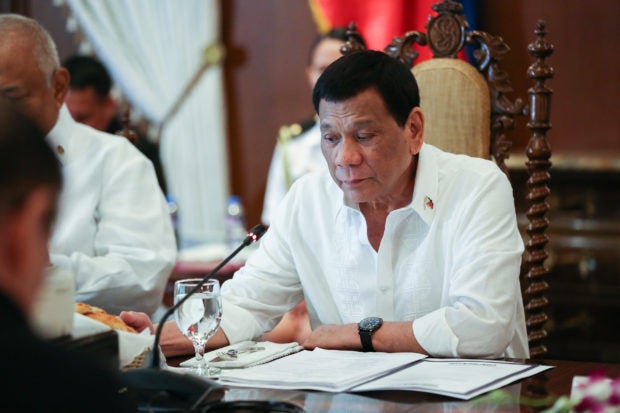 The President received a net satisfaction rating of +68 in a survey conducted from June 22 to 26 by the Social Weather Stations (SWS). This rating surpassed his previous personal record of +66 in March 2019 and June 2017.

Asked to comment, the President said: “Alam mo naman ako, I do not go for this kind of things. Basta ako, trabaho lang.”

[As you know, I do not go for this kind of things. For me, it’s all about work.]

“As always, sinabi ko, if you are satisfied with my work, then I’m happy. If you are not satisfied, then I’ll work more. Dagdagan ko ’yung pawis ko,” he added.

The survey was conducted in the wake of the Recto Bank incident, during which he was harshly criticized for downplaying as a “little maritime accident” the ramming and sinking of a Filipino fishing boat by a Chinese vessel in the West Philippine Sea.

He also drew flak for supposedly kowtowing to China’s expansive claim in the West Philippine Sea when he gave Chinese fishermen access to the Philippines’ Exclusive Economic Zone.