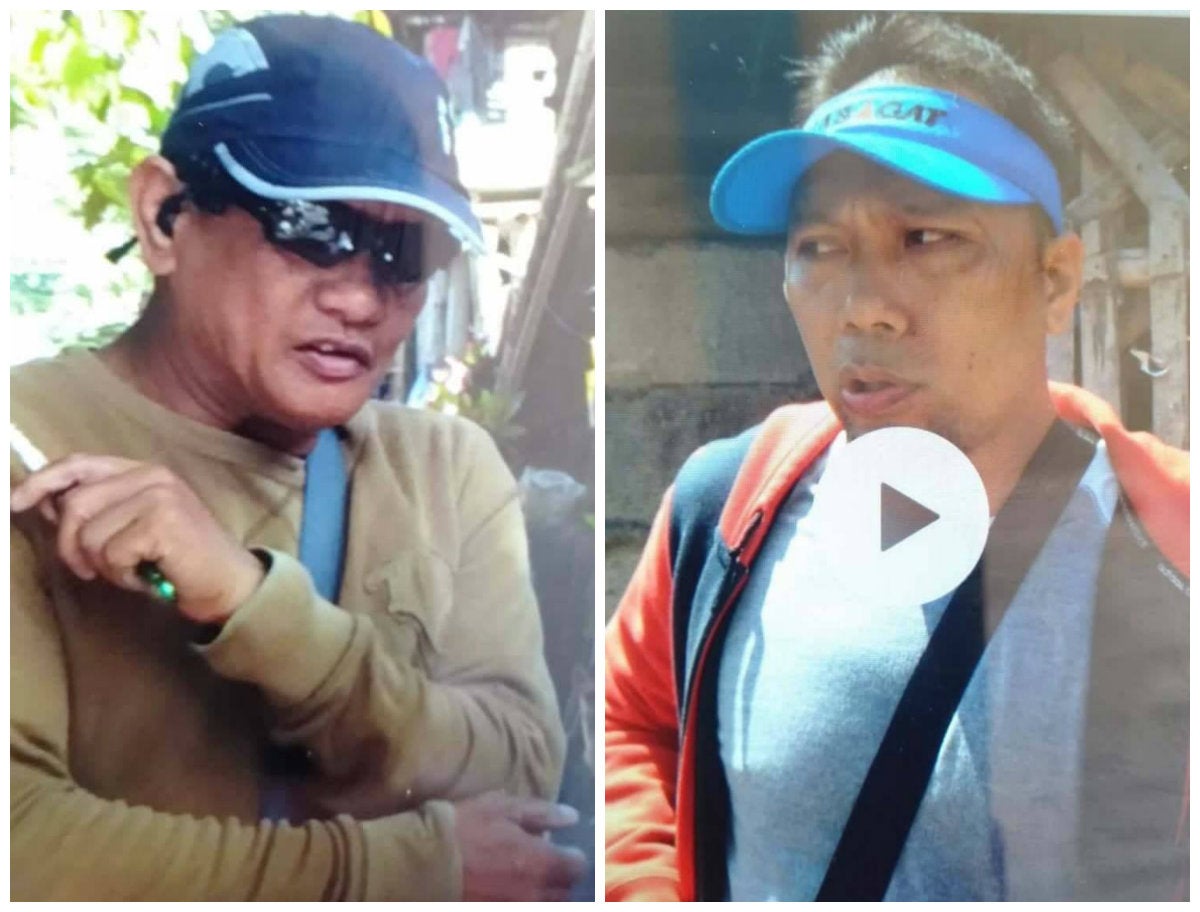 ILOILO CITY—Officials and residents of a village here on Sunday (July 4) accosted and briefly detained two armed men believed to be targeting a leader of a militant urban poor organization.

The men, who identified themselves as Art Diaz and Rey Gomez purportedly from the National Bureau of Investigation and Army, were later allowed to leave Barangay Bito-on in Jaro District after they were questioned by village officials.

Their identities and affiliation could not be confirmed as no copies of their identification cards were shown to and recorded by the barangay officials.

But the Katilingban sang Imol sa Syudad (Kaisog) said it believed the men were planning to abduct, attack or intimidate Wilfredo Panuela and wife Josephine, local leaders of the organization.

Panuela, 65, said he was at home around 9:45 am. when he heard the sound of motorcycles stopping in front of his house. When he slightly opened the door, one of the men, who later identified himself as Art Diaz, first confirmed Panuela’s identity before asking him if they can talk.

Panuela, who became suspicious and alarmed upon seeing another man on a motorcycle, refused.

When Diaz insisted on speaking with him, Panuela started raising his voice to draw the attention of his neighbors and relatives and shouted: “Mga intel kamo! (You are military intelligence agents).”

When several residents and Panuela’s relatives began converging and surrounding the two men, they attempted to drive away which prompted Panuela to block the path of the motorcycles, sitting on the front tire of the one being driven by Diaz.

During the confrontation, Diaz kept on putting his hand inside a clutch bag.

“It appeared that he was trying to show us that he was pulling out a gun,” Panuela told the INQUIRER.

When village officials also confronted the men and tried to frisk them, one of them said they had “complete papers”, apparently referring to gun licenses and permits.

They did not present any documents or search and arrest warrants.

The two men later agreed to proceed to the barangay hall where they had their names recorded.

“They claimed they just wanted to talk to me to help us with our livelihood. But I do not know them and everybody knows we are Kaisog leaders,” Panuela said.

Kaisog for decades has been at the forefront of campaigns against the demolition of houses of informal settlers especially those not provided with decent and adequate relocation. It has also been active in protests on various issues including extrajudicial killing and other forms of human rights violations.

Panuela and his wife Josephine, 61, earn a living by selling balloons and toys during fiestas and in beach resorts.

Panuela said they were already suspicious and concerned over their safety after two men approached and talked with them in a beach resort in Leganes town on June 30.

The two men, aside from the ones who went to their house, first engaged them in conversation asking about the toys that the couple were selling.

The man who talked to Panuela later told him that he was already known “upstairs” because he was a leader of Kaisog. He later gave him P500 in cash.

“He said it was for me to buy (cell phone) load and snacks. But I refused because I did not know them and they might have been attempting to entrap me in a fake buy-bust operation,” Panuela said.

The couple were supposed to return to the resort on Sunday but they decided not to go due to concerns over their safety.

“This is clearly an aborted attempt to abduct or attack our leaders. At the very least, it was meant to intimidate us from continuously fighting for our rights,” said Maura Abellon, chair of the Kalipunan ng Damayang Mahihirap in Panay and Guimaras. (Editor: Tony Bergonia)