Dinagat board member gunned down, Bag-ao calls for justice 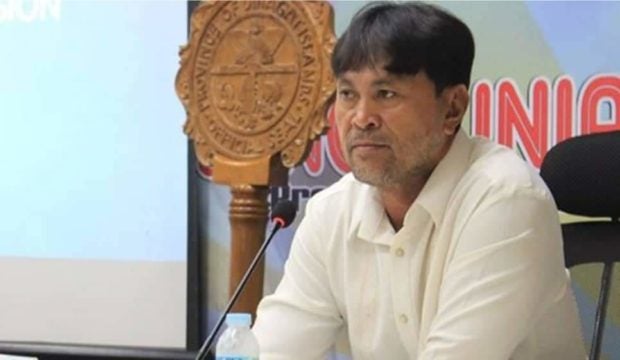 SURIGAO CITY, Surigao del Norte — Dinagat Islands’ top provincial board member had just had his morning exercise and was heading home on his motorcycle with a companion on Sunday morning when two men riding tandem on a motorcycle caught up with him and one of them shot him in the head.

The killing of Wenefredo Olofernes, 52, shocked his family and constituents, as he had no known enemy and had stirred away from divisive politics in Dinagat Islands, according to his younger brother Narciso.

“We can’t actually think of anyone who would kill or even harm my brother because he was such a good person who had helped a lot of people. That’s why he won as the top board member in Dinagat during the elections even if he was an independent candidate,” Narciso said in an interview at a funeral parlor here where the body of his brother was brought after the shooting.

“But his friends have warned him to be careful as being the top board member in the province might provoke other people,” Narciso added, without elaborating.

Olofernes, who won a second term in midterm elections in May, was an unconventional politician by Dinagat Islands standards because he ran as an independent for both terms, finishing at the head of the race each time.

During the campaign for May’s elections, he steered clear of the then bitter fight for the gubernatorial seat between Benglen Ecleo, an heir of the Ecleo family who dominated Dinagat politics for over a decade, and human rights lawyer Arlene “Kaka” Bag-ao, who won the race, ending the Ecleos’ grip on the provincial capitol.

After last week’s inauguration of the newly elected officials, Olofernes announced that he would remain independent but was willing to work with Bag-ao, a Liberal Party member and one of the few from the former ruling party who won local seats in May’s elections.

Olofernes was driving his motorcycle with a companion along Kilometer 2 at Barangay Luna at 9:18 a.m. when he was shot, according to Police Lt. Col. Christian Rafols, spokesperson for the Caraga regional police.

Olofernes was rushed to Caraga Regional Hospital but did not make it alive, Rafols said.

His companion was unharmed, except for some bruises sustained after jumping off the motorcycle, the police report said.

Narciso said the family was waiting for the completion of the autopsy before taking his brother’s body back to Dinagat Islands for the wake and burial in the family’s hometown of Basilisa.

Bag-ao immediately condemned the killing of Olofernes. She also changed her Facebook page cover with a poster that said “Justice for Olofernes.”

“He did not have [bodyguards] with him when this despicable act happened, the reason for which is yet to be determined,” said Bag-ao, who was the province’s lone district representative before winning the gubernatorial seat in May.

Bag-ao said the provincial government would “provide any assistance in the investigation and to put into the light all the facts surrounding this incident.”

“I express my sincerest condolences to his family, friends, loved ones, staff and colleagues in the Sangguniang Panlalawigan. We lost a good leader in Dinagat Islands today,” Bag-ao said in a post on Twitter.