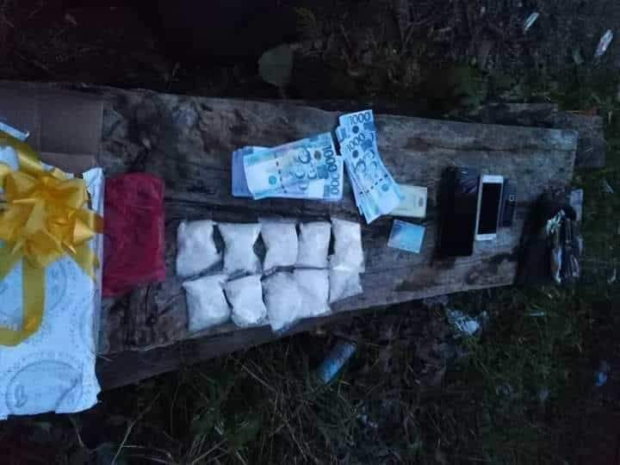 COTABATO DRUG BUSTS – Photo shows the sachets of shabu worth an estimated P6.8 million seized from four suspects arrested by operatives of the Philippine Drug Enforcement Agency-Bangsamoro Autonomous Region in Muslim Mindanao (PDEA-BARRM) in Cotabato City and the municipality of Pigcawayan in Cotabato province. (PDEA-BARMM photo)

Juvenal Azurin, PDEA-BARMM director, said the operations resulted in the confiscation  of a kilo of shabu (crystal meth) with an estimated street value of  P6.8 million and the arrest of a high value target and three female drug suspects.

Azurin said the first operation was carried out before noon in a government hospital compound, where Mogia Medzil, Norma Mamalangkas and Paula Bayao were busted.

They yielded 500 grams of shabu with a market value of P3.4 million.

Recovered from Atis were another 500 grams of shabu.

“Atis is our high value target. We placed him under surveillance for several days,” Azurin said in a radio interview.

The arrested suspects are detained at the PDEA custodial facility in Cotabato City.

They will be charged with violation of Republic Act 9165 or the Comprehensive Dangerous Drugs Act of 2002.  (Editor: Gilbert S. Gaviola)