MANILA, Philippines — Malacañang has declared special non-working holidays this July in different places nationwide to allow the public to celebrate significant events in their hometowns.

By the authority of the President, Executive Secretary Salvador Medialdea signed Proclamation No. 763, declaring July 15 as special non-working day in the Cordillera Administrative Region to mark its 32nd founding anniversary. 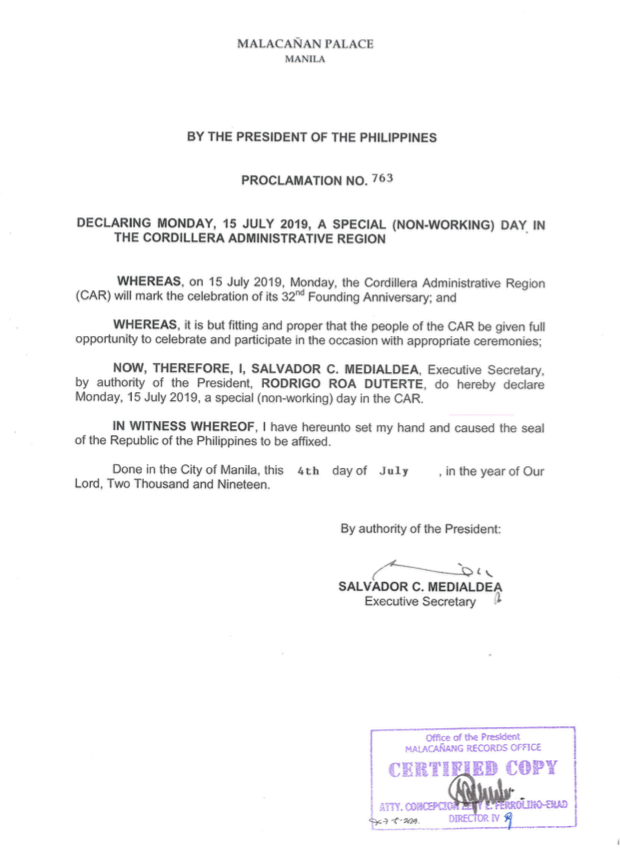 Proclamation No. 760 declared July 10 as holiday in Santa Rosa City in Laguna for its 15th cityhood anniversary. 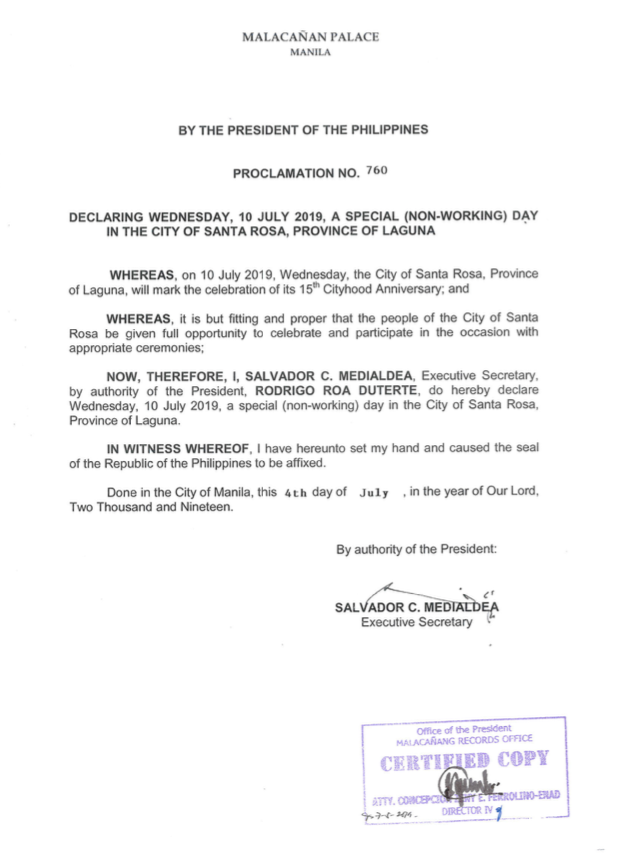 Proclamation 761 declared July 12, Friday, holiday in Guihulngan, Negros Oriental for its Charter Anniversary, which is on July 14, Sunday.

The Guihulngan city mayor requested the said date, which would begin with a grand parade.

A special non-working holiday was also declared in Mauban, Quezon on July 15 to mark the Mauban Day. 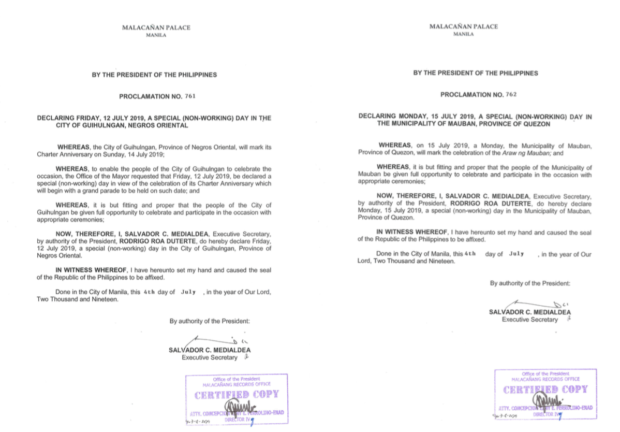 The proclamations were released to the media on Friday. (Editor: Jonathan P. Vicente)