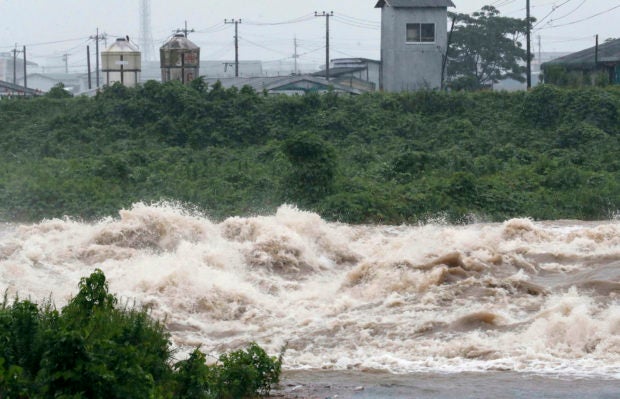 In this Wednesday, July 3, 2019, photo, a river is swollen with the heavy in Miyakonojo, Miyazaki prefecture, western Japan. Japanese authorities on Wednesday directed more than 1 million residents in parts of the southern main island of Kyushu to evacuate to designated shelters as heavy rains batter the region, prompting fears of landslides and widespread flooding.(Kyodo News via AP)

More than 1 million residents have been advised to evacuate to shelters in the region.

Nishimura says a fifth person is missing in the prefecture, possibly buried underneath a mudslide that already left one dead.

Nishimura said nearly 80 houses were damaged in Kagoshima and the two other southern prefectures of Miyazaki and Kumamoto.

Kagoshima Gov. Satoshi Mitazono has requested the help of military personnel in the rescue effort. /gsg