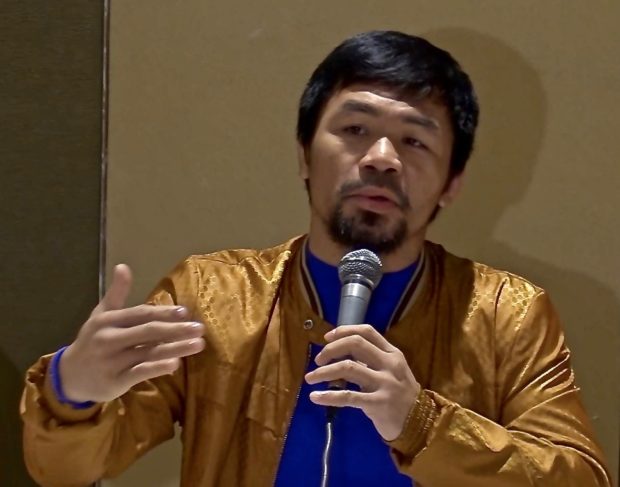 MANILA, Philippines — Senator Manny Pacquiao has sought for the banning of cigarette and vape smoking in public and enclosed areas.

The senator has filed Senate Bill No. 197, or the “Smoking Ban Act of 2019,” which seeks to “lessen, if not totally eradicate, the exposure of Filipinos to tobacco smoke and e-cigarette smoke in all public places and enclosed areas.”

The measure also seeks to “ban sari sari stores, convenience stores, markets, and other stores to sell, advertise, and promote e-cigarettes or tobacco products to minors.”

Placing advertisements or promotional materials of tobacco products within 100 meters of a school perimeter, playground and other facilities are also prohibited under the measure.

Smoking will only be allowed on Designated Smoking Areas (DSAs), which should be compliant to the standards of the measure.

Local government units and the respective city or municipality health officer are also mandated to develop, promote, and implement their respective “Local Smoking Cessation Programs” consistent with the program under the Republic Act No. 9211.

They are also required to form a local Smoke-Free Task Force to carry out provisions under the measure. (Editor: Jonathan P. Vicente)