MANILA, Philippines – Should illegal vendors return to Divisoria and other areas cleared of the perennial obstructions and are now more motorists and pedestrian-friendly, Manila Mayor Isko Moreno said such would indicate that he has accepted the hefty bribe recently offered to him. 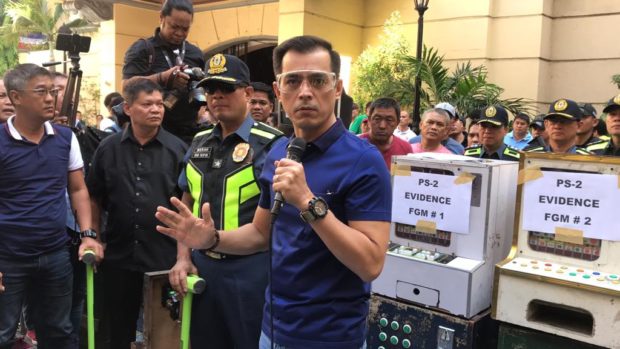 “Kapag ang Divisoria, Recto, Juan Luna, napuno uli ng vendor, isipin niyo na nilagyan ako. Quiapo, lahat ng pinaluwag namin, kasi ang tawag doon pagpapakilala lang (If the illegal vendors return to Divisoria, Recto, Quiapo, all areas that have been cleared, then you may conclude that I have been bribed and that I only spearheaded the clearing operations as a publicity stunt),” he added.

Moreno stressed that clearing operations in the said areas will continue.

Moreno earlier revealed that he was offered a P5 million daily bribe or P1.8 billion a year abandon his campaign against illegal vendors.