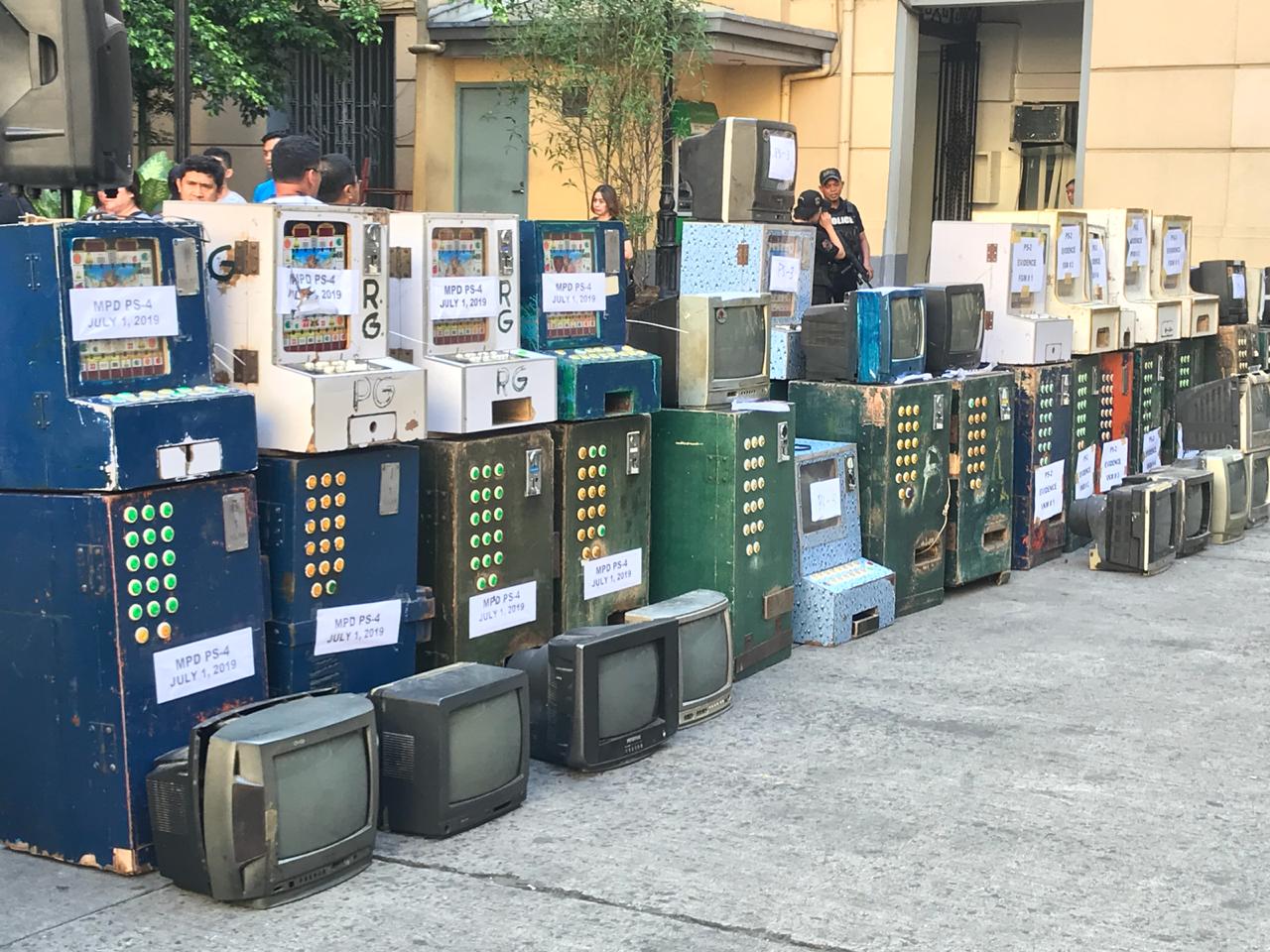 Some of the video karera machines seized by the Manila police in operations across the city. Photo by Faye Orellana/INQUIRER.net

MANILA, Philippines — At least 75 video karera (horse racing video game) machines were confiscated by the local government of Manila during a two-day operation across the city.

Manila Police Chief Brigadier General Vicente Danao Jr. said Wednesday that the confiscations of the karera machines were part of the “relentless campaign” of the police to rid Manila of illegal activities.

Even before assuming office as the new city mayor, Francisco “Isko Moreno” Domagoso vowed to launch a campaign against illegal activities in the city, such as gambling, extortion activities by police officers, and operations of video karera machines.

During the confiscation of the machines around Manila on Tuesday, police arrested some teenagers playing the video karera machines. The minors however were immediately released.

Of the 75 video karera machines seized, 65 are functioning.

Police said except for the televisions, the video karera machines will be destroyed. Police has recommended to Moreno that the televisions be donated to schools instead.

The coins inside the seized gambling machines will also be donated by police to charity.