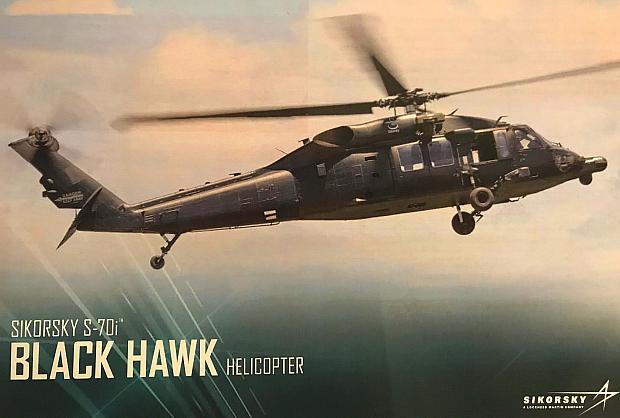 MANILA, Philippines — The first 10 of the 16 units of Black Hawk helicopters for the Philippine Air Force will be delivered in 2020.

Air Force chief Lt. Gen. Rozzano Briguez told reporters at a gathering last week that the first 10 helicopters would be delivered in batches next year while the rest would arrive in 2021.

Last year, President Rodrigo Duterte canceled a deal to buy combat utility helicopters from Canada, which expressed concern that the helicopters could be used in counterinsurgency assaults in the Philippines.

While Lockheed Martin is an American defense company, the helicopters ordered by the Air Force will be built by Poland’s PZL Mielec, its biggest production facility outside the US.

At the celebration of the 72nd Air Force anniversary on Tuesday, Briguez announced the rest of the upcoming air assets and target delivery dates:

The Air Force has also recently launched an FA-50 flight simulator facility at Basa Air Base in Pampanga to be used in training future fighter pilots.

A radar at Gozar Air Station in Lubang Island in Mindoro has been recently installed, while the construction of a radar-basing support system for another radar at Mt. Salacot in Palawan is in progress, Briguez said.

The Air Force also intends to develop several areas as part of its strategic basing plan — Lal-lo in Cagayan, Guiuan in Eastern Samar, Mati in Davao Oriental, Hill 900 in Zamboanga City and Balabac Island in Palawan.

Briguez said the acquisition of multirole fighters on top of the sensors, radars and ground defense would complete the integrated air defense system of the entire Philippines.