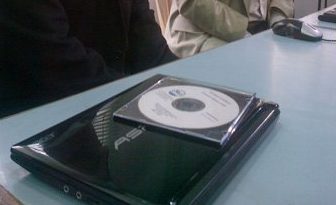 MANILA, Philippines – The Supreme Court has dismissed the petitions filed by Senator Richard Gordon and two other groups asking that it compel the Commission on Elections (Comelec) to allow groups to open and review the source code in the vote-counting machines provided for under Republic Act 9369 or the Election Modernization Act of 1997.

Petitioners Bagumbayan-NVP Movement Inc. and Tanggulang Demokrasya specifically want the high court to ask the Comelec to use digital electronic election returns and provide for the basic security safeguards, which include the source code review, vote verification, and random audit in compliance with RA 9369.

The high court took note of the existence of several rules and resolutions governing the conduct of the automated elections, including Resolution No. 10458 (General Instructions for the conduct of Random Manual Audit relative to the May 13, 2019 Automated National and Local Elections and subsequent elections thereafter), on December 5, 2018, Resolution No. 10460, or the General Instructions on the constitution, composition and appointment of the Electoral Board; use of the Vote Counting Machines; the process of testing and sealing of the Vote Counting Machines; and the voting, counting and transmission of election results, among others.

“The promulgation of these removes the justiciable controversy existing in the consolidated petitions especially as it is these resolutions that now govern the conduct of the specific items being assailed,” the high court said.

The SC further held that the electronic transmission through the method promulgated by the Comelec is valid under the law, as it cited the Rules on Electronic Evidence.

In the same ruling, the high court also dismissed the petition to cite former Commission on Election chair Sixto Brilliantes Jr. for contempt for “utter lack of merit.”

Associate Justices Mariano Del Castillo and Francis Jardeleza, on the other hand, were on official leave, while Associate Justice Estela Perlas-Bernabe was on leave at the time of the vote./ac