MANILA, Philippines — Malacañang has declared July 2 as a special non-working holiday in Pasig City for its 446th anniversary.

Executive Secretary Salvador Medialdea, by the authority of the President, signed Proclamation No. 758.

Pasig is one of the oldest towns in the country created in 1572 by the Augustinians. In 1994, Congress enacted a law and was ratified via a plebiscite in 1995.

The eastern Metro Manila City used to be the provincial capital of Rizal until 1975. (Editor: Eden Estopace) 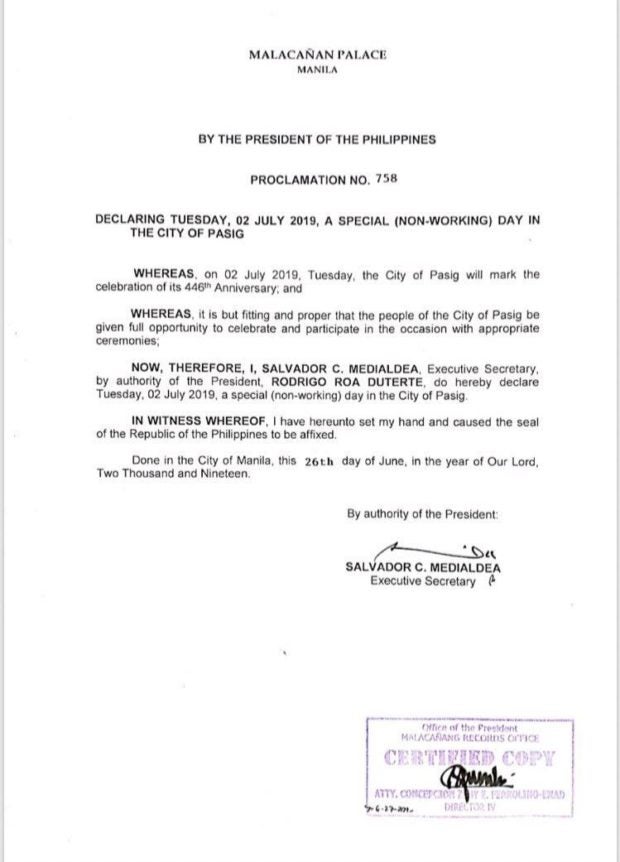