MANILA, Philippines – Senate bills seeking to lower the minimum age of criminal responsibility, combating fake news and terrorism were among the first to be filed in the 18th Congress on Monday.

Senate President Vicente Sotto III filed Senate Bill No. 5 which seeks to lower the MACR from 15 years old to 12 years old, amending the Juvenile Justice and Welfare Act of 2006. 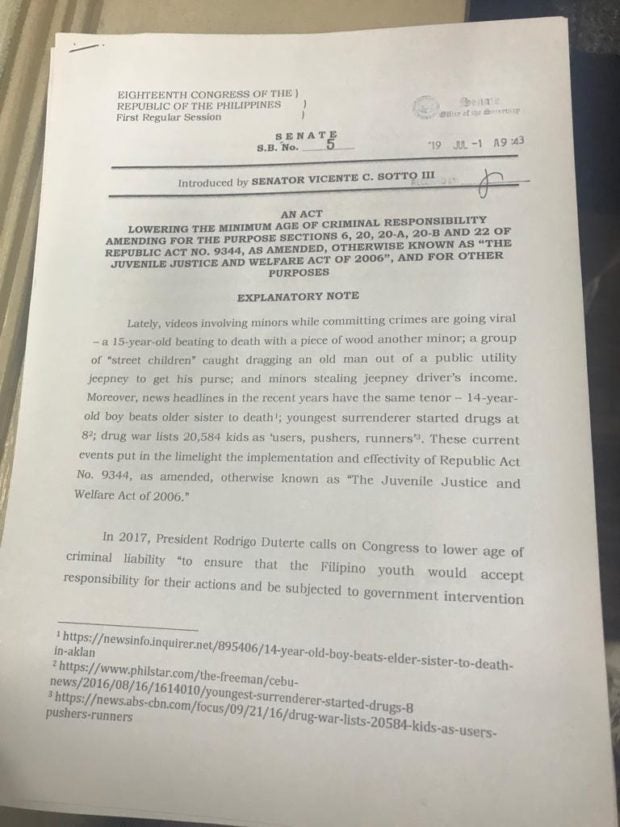 He also filed the Anti-False Content bill and the Prevention of Terrorism bill. 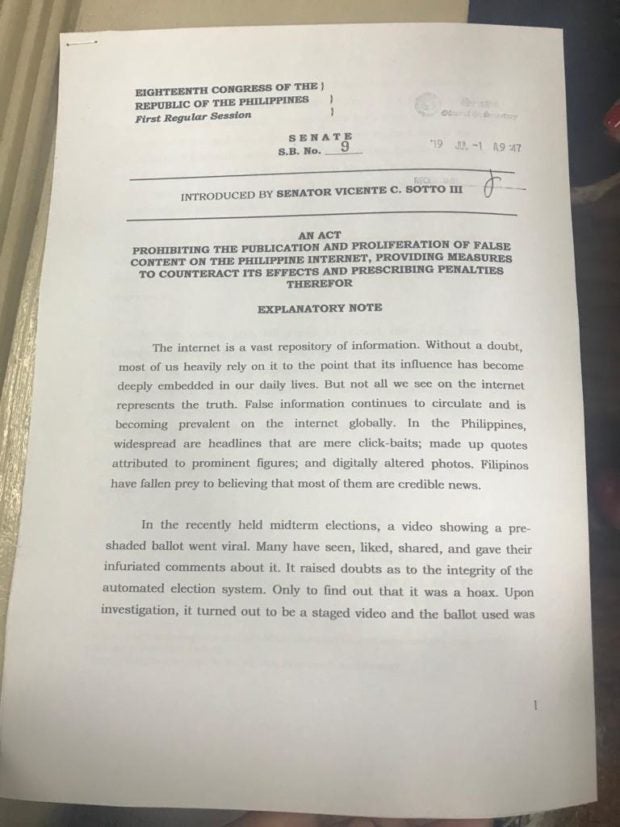 The Anti-False Content bill is aimed at prohibiting the publication and proliferation of false content on the Internet, providing measures to counteract its effects, and prescribing appropriate penalties.

Meanwhile, the Prevention of Terrorism bill seeks to amend Republic Act No. 9372 or the Human Security Act of 2007. 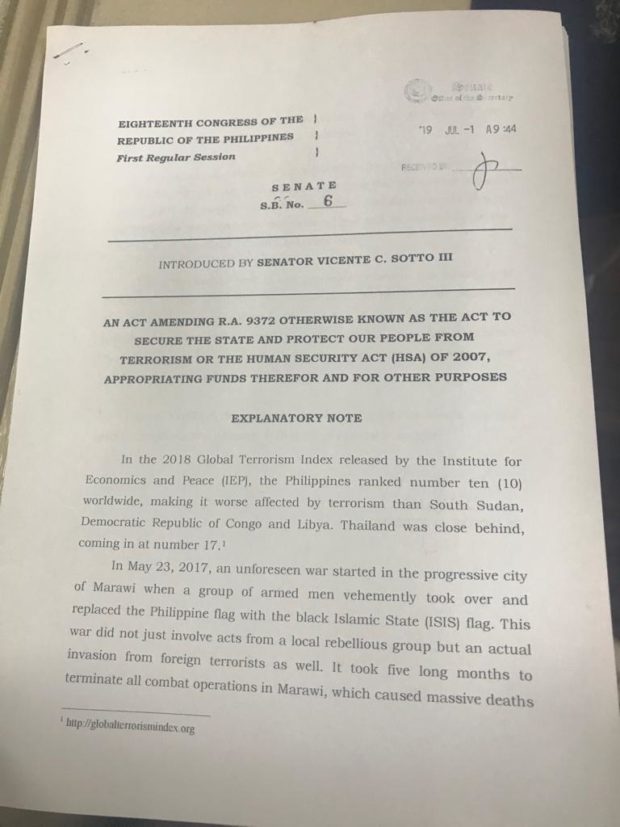 The first bill filed in the 18th Congress is the Medical Scholarship Act, which was also introduced by Sotto, seeking to provide medical scholarships in state universities and colleges to qualified students.

The first round of filing of bills will be from Monday (July 1) to Thursday (July 4).

The order of filing of bills and resolutions is according to seniority or length of service.

Senators can file up to 10 proposed bills and resolutions.

The second round of filing will be from July 8 to 11, where senators can file another set of 10 proposed bills and resolutions.

Starting July 15, the filing of bills and resolutions will be on a “first come, first serve” basis. (Editor: Gilbert S. Gaviola)