Piñol belies report that Duterte has lost trust in him

(Editors’ Note: We are reposting this article which corrects an earlier report on Agriculture Secretary Emmanuel Piñol. We erroneously reported on a story and failed to verify the facts. We regret this lapse on our part and sincerely apologize to Secretary Piñol.)

DAVAO CITY – Department of Agriculture Secretary Emmanuel Piñol on Monday belied the Inquirer Mindanao report which said that President Duterte has lost trust in him. 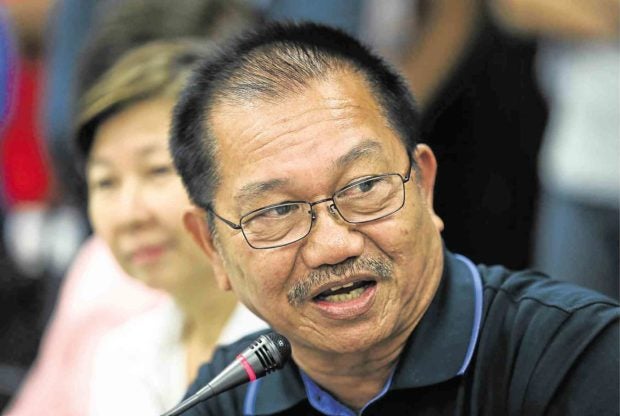 Piñol, in a statement posted on social media, demanded an apology for the report from Inquirer Mindanao which erroneously attributed to him the statement that he submitted to the President a letter asking for his relief because the Chief Executive no longer has confidence in him.

He said the story was “actually in complete contrast to my recorded extemporaneous speech during the inauguration of North Cotabato Gov. Nancy Catamco where I shared with her my thoughts on how to confront issues and problems.”

“I cited that in December last year, when rumors spread that I made money in the transactions of the National Food Authority, I submitted myself to a lifestyle check by the Presidential Anti-Corruption Commission which cleared me after a 7-month intensive probe,” he said.

He also said that when reports came out that President Duterte “had lost trust in me and  was not satisfied with my performance, I confronted the problem by submitting a letter asking that I be relieved as Secretary of Agriculture, which the President has not acted on until today.”

“During my speech, I said that officials in government are answerable to those who gave us the mandate, in her case the electorate of North Cotabato, and in my case, the President who appointed me. Whatever, whatever, wherever. I am a soldier of the President and I will fight wherever he assigns me. That should be our attitude as government officials. We do not have Torrens title to the position we are holding right now.”

He said the writer of the story should have admitted that he heard him wrong.

“Nasaan ang hustisya (Where is justice)?” he asked.

In an earlier Inquirer Mindanao report, it was stated that Piñol decided to submit his letter of resignation because he had had enough of intrigues and “napuno na ang Presidente” (President has also had enough) and had lost trust in him.

The correspondent, however, misheard what Piñol said.

An audio recording of the speech showed Piñol saying this in his speech:

“Just last week, napuno nako sa intriga, nga kuno si Presidente, wa na’y tiwala sa ako, I am on my way out, and I will be, you know, one of those who will be affected by the revamp. So… well, I wrote a letter to the President here I am, I am your soldier, I will follow whatever you tell… please feel free. I have the best interest of the Department of Agriculture in my mind, wala na,” he said in his speech during Catamco’s oath-taking ceremony held at the Amas Gymnasium in Kidapawan City.

(Just last week, I had it with the intrigues; that the President has reportedly lost trust in me, that I am on my way out, and I will be, you know, one of those who will be affected by the revamp. So… well, I wrote a letter to the President (that) here I am, I am your soldier (and) I will follow whatever you tell… please feel free. I have the best interest of the Department of Agriculture in my mind, nothing else.)

Piñol, speaking to the Inquirer by phone on Sunday night, said that what he said in his speech during the oath-taking ceremony of Governor Catamco early on Sunday was that he asked the President to relieve him from his post after he heard rumors that the President has lost trust in him and that he would be affected by the Cabinet revamp and was on the way out.

Piñol said that after hearing those rumors, he felt he had to ask the President to relieve him from the DA post to give Duterte a free hand to decide on whether or not he should remain in the Cabinet.

Piñol stressed that what he said in his speech was in the context of sharing with Catamco the lessons he learned while in public service and “how to confront problems.”

“You have to remember the context of that statement. I was telling Nancy Catamco how to handle problems. In this kind of situation, you confront it. So what I did was I confronted it. I told the President that Mr. President there are these rumors that you have lost trust in me, so in the best interest of my department I am asking you to please relieve me from my position,”  he said.

He added: “It was not a resignation letter actually. It was a letter asking for relief, that I’d be transferred to other departments kase masyadong maraming intriga sa (because there are a lot of intrigues in the) DA.”

According to Piñol, there were no specific issues raised against him except for those “intrigues” circulating in DA that he was on his way out.

Piñol, during his speech, said he was grateful to the President for defending him and for saying that he would be moved to the Mindanao Development Authority (MinDa) instead. /gsg