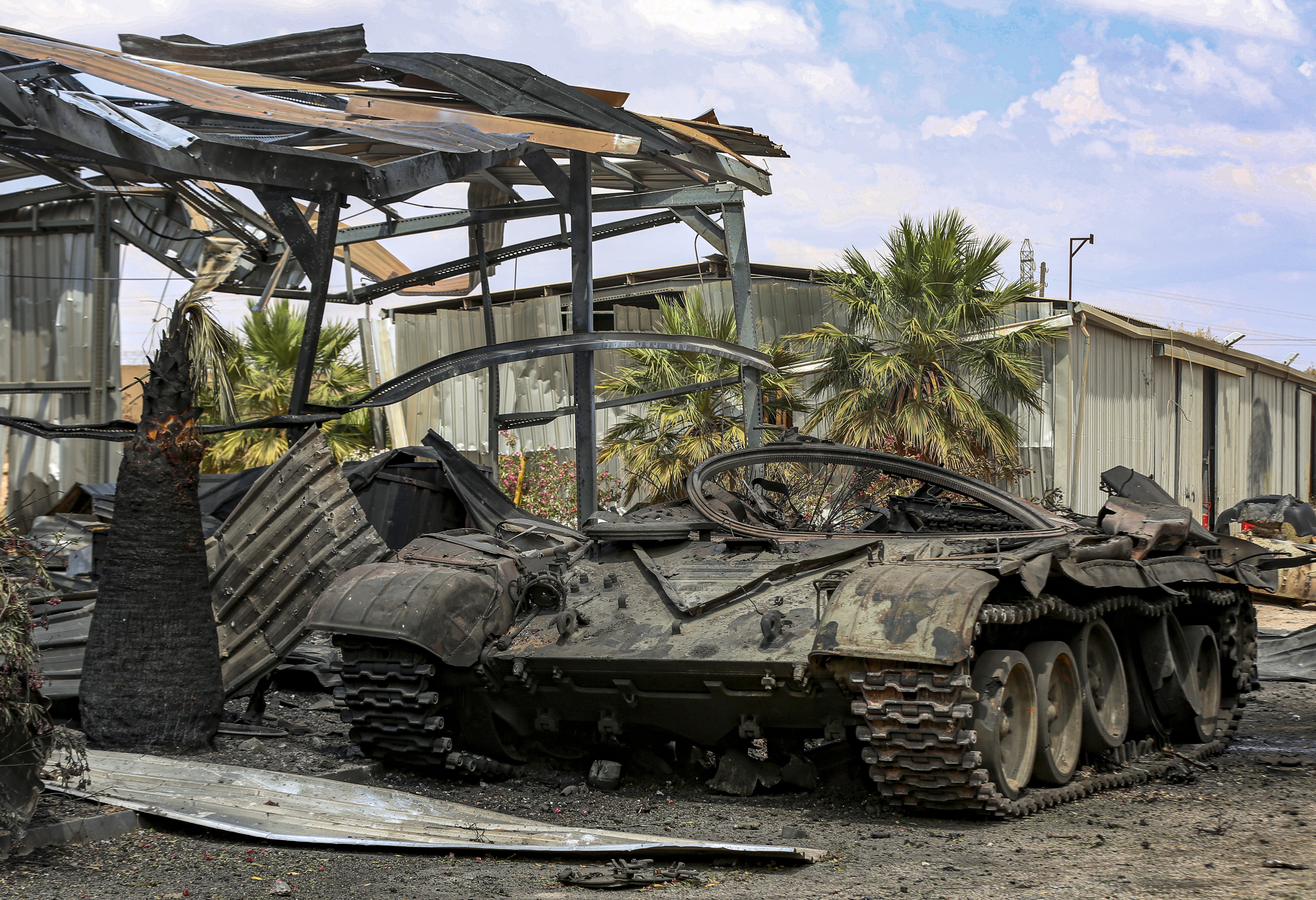 This picture taken on June 28, 2019 shows the husk of a destroyed tank found at a camp that was used by forces loyal to Libyan strongman Khalifa Haftar in Gharyan, 100 kilometres (60 miles) southwest of the Libyan capital Tripoli. – Libyan forces loyal to the internationally recognized Government of National Accord (GNA) claimed on June 26 to have retaken from Khalifa Haftar’s troops Gharyan, a strategic town where the controversial strongman’s fighters were based in the west of the country. Haftar, a retired general who had taken part in the revolt against late Libyan leader Moammer Kadhafi, unleashed an offensive in May 2014 to purge Libya of Islamists he branded “terrorists”. (Photo by Mahmud TURKIA / AFP)

BENGHAZI, Libya — Libyan strongman Khalifa Haftar has ordered his forces to attack Turkish ships and interests in the country, his spokesman said on Friday, accusing Turkey of backing his rivals in Libya’s conflict.

“Orders have been given to the air force to target Turkish ships and boats in Libyan territorial waters,” said General Ahmad al-Mesmari, adding that “Turkish strategic sites, companies and projects belonging to the Turkish state (in Libya) are considered legitimate targets by the armed forces”.

Haftar’s self-styled Libyan National Army, which holds eastern Libya and much of the country’s south, launched an offensive to take the capital in early April.

Libya has been mired in chaos since a NATO-backed uprising that toppled and killed dictator Moamer Kadhafi in 2011, with a multitude of militias vying for control of the oil-rich country.

Haftar, a retired general who had taken part in the revolt against Kadhafi, unleashed an offensive in May 2014 to purge Libya of Islamists he branded “terrorists”.

Mesmari added “all Turkish nationals on Libyan territory will be arrested” and “all flights to and from Turkey will be banned”.

He did not explain how the flight ban could apply to areas not under Haftar’s control.

The spokesman accused Turkey of helping Haftar’s rivals — the internationally recognized Government of National Accord (GNA) — seize the town of Gharyan, around 100 kilometers (around 60 miles) southwest of Tripoli.

Haftar on Wednesday lost control of the city he had seized on April 2 and made his centre of operations.

Both sides accuse each other of using foreign mercenaries and receiving military support from foreign powers.

Haftar has the backing of the United Arab Emirates and Egypt and accuses Turkey and Qatar of supporting the GNA.  /muf