A teenager assaulted a mother while she was walking home with her 12-year-old son and 1-year-old daughter in New Jersey, United States, in what appears to be an attack which stemmed from racist bullying.

The incident first saw the 13-year-old student verbally harassing Beronica Ruiz and her children on Tuesday, June 25, as reported by NBC-affiliate WNBC on the same day. 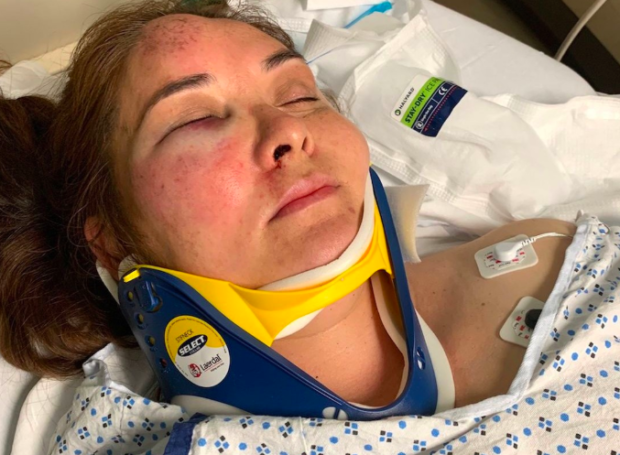 When Ruiz told him to stop harassing them, he punched her in the face. The mother was knocked unconscious by the attack and woke up on a stretcher.

She sustained bruises and minor fractures to her face. During the TV interview, she still had her left eye red and swollen. According to the police, the attacker beat Ruiz’s son as well.

The teenager was arrested and charged with assault. He was later released to his parents.

The victims’ family stated that the problem began inside the school where Ruiz’s son goes to. His schoolmates bullied him, allegedly telling him he should “go back to Mexico,” moments before the assault.

“They told my son Mexicans should go behind the wall,” Ruiz was quoted as saying.

The unnamed son is a United States citizen, as per report.

Ruiz’s husband, Alfonso, said they hold no grudge against the teenager who attacked his wife. The family has also set up a GoFundMe page to help pay for her medical expenses, incurred due to the mother’s injuries. Ryan Arcadio/JB