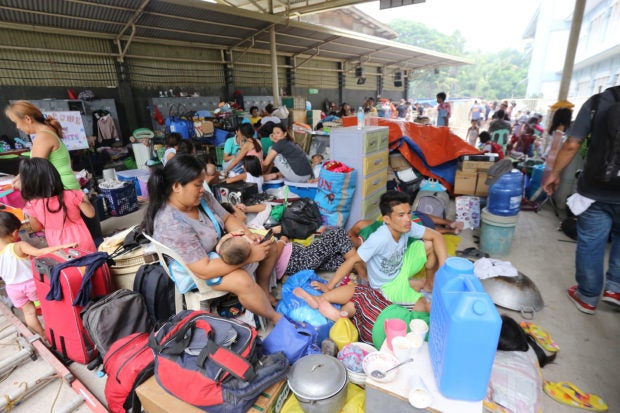 More a hundred houses were burn down in three sitios Maharlika, Basubas Compound and Espina in Mandaue City that bring almost a thousand individual left homeless, while some fire victims try to look for some useful belongings in their burned houses.(INQUIRER-VISAYAS PHOTOS/JUNJIE MENDOZA)

CEBU CITY – At least 700 families lost their homes to a fire that hit Barangay Tipolo in Mandaue City around 1 a.m. on Thursday.

No fatalities were reported.

Senior Fire Officer 2 Edgar Vergara said the blaze started on the second floor of the house owned by spouses Mariano and Alma Conchas.

The second floor of the house was rented and no one was around when the fire broke out.

Vergara said the fire may have been caused by an unattended cellphone charger, or someone may have left while cooking something. 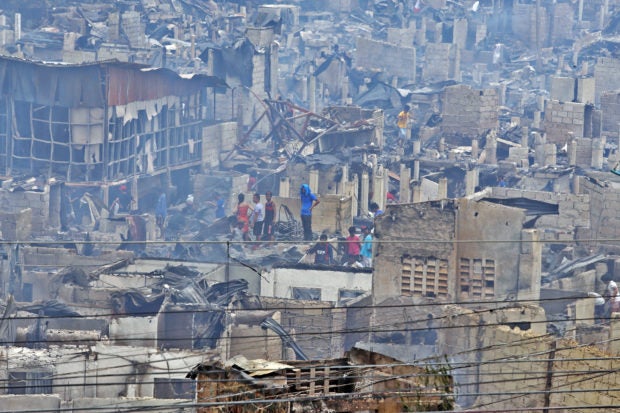 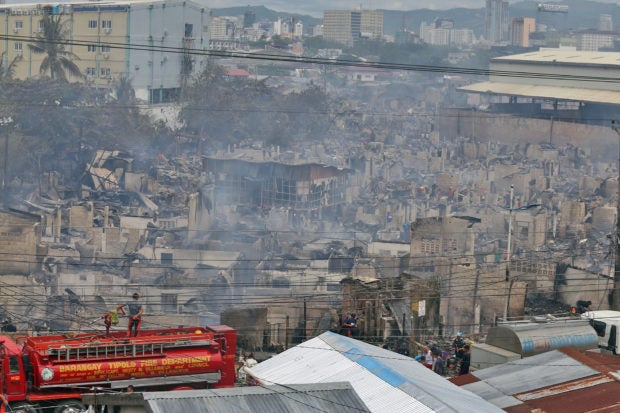 The affected areas included Sitios Basubas, Maharlika, and Espina, all in Tipolo.

The fire also engulfed the stockroom of a brewery company.

Firefighters received the alarm at 1:18 a.m. It took them about two hours to control the blaze.

The damage was pegged at P1.3 million.

Firefighters said they had difficulty accessing the village because of its narrow interior roads.

They had to connect several water hoses just to get near the blaze.

Some of the fire victims were brought to a parking lot near the Cebu International Convention Center, which served as a temporary evacuation center. (Editor: Leti Boniol)