Trump: China needs to reach a trade deal more than he does

WASHINGTON – President Donald Trump said Wednesday that he’s under little pressure to reach a trade deal with China when he meets late this week with President Xi Jinping and is prepared to impose further tariffs on Chinese imports.

“The Chinese economy’s going down the tubes,” Trump said in an interview with Fox Business Network. “They want to make a deal more than I do.” 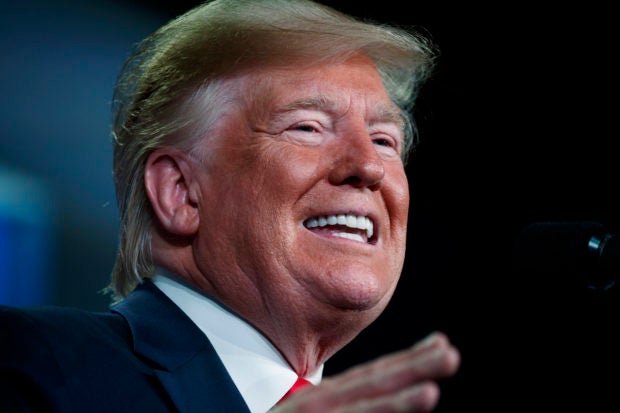 The president has threatened to impose tariffs on an additional $300 billion in Chinese imports — on top of the $250 billion in goods he’s already taxed — a move that would extend his import taxes to virtually everything China ships to the United States.

The two countries are sparring over the Trump administration’s allegations that Beijing steals technology and coerces foreign companies into handing over trade secrets.

Trump and Xi are scheduled to meet at the Group of 20 leaders’ meeting Friday and Saturday in Osaka, Japan.

“We think the fundamental purpose is to check the development of China,” said Zhao, vice president of the Chinese People’s Institute for Foreign Affairs.

He later added, “Nobody will win the trade war. It’s just a question of which side will lose more.”

“We’re not looking for a victory,” Ross said in a separate interview with Fox Business Network. “What we’re looking for is a sensible deal that addresses the legitimate issues that we have. This is not a thing where one (country) is going to be pinned to the floor and knocked out.”

A meaningful agreement, Ross said, would involve persuading Beijing to curb abusive tech policies, buy more American products, narrow the U.S. trade deficit with China (a record $381 billion last year) and, “hardest of all,” devising ways to make sure Beijing lives up to its commitments.

Zhao said the Americans are being unrealistic about just how much China can do to reduce the trade imbalance. “The U.S. has asked us to purchase more than we can buy,” he said.

Later, Zhao said, “The U.S. side should not be too ambitious. You have to be realistic.”

In his interview, Trump also suggested that he may have identified a new trade adversary: Vietnam. Asked about reports that Chinese products were being diverted to Vietnam to avoid his tariffs on goods from China, Trump asserted that “Vietnam takes advantage of us even worse than China.”

Asked whether he was planning to impose tariffs on Vietnamese products, the president said his administration was “in discussions” with Vietnam. /gsg