Joseph Estrada to wife: ‘I’ll never be your ex-husband’ 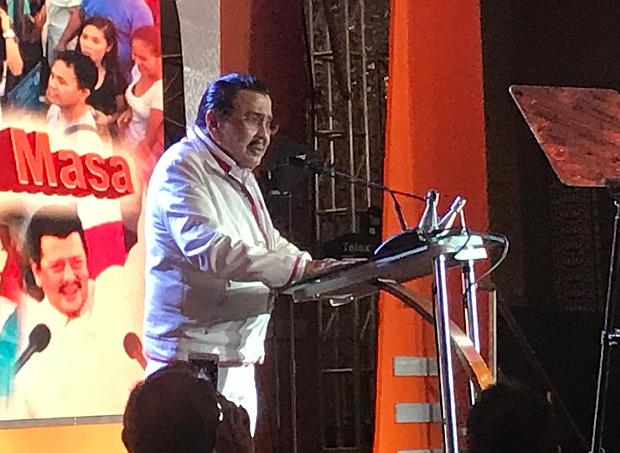 MANILA, Philippines — Outgoing Manila Mayor Joseph Ejercito Estrada on Wednesday night vowed to his wife, Dr. Luisa “Loi” Ejercito, that she would never have to call him her “ex-husband.”

During his thanksgiving party at the Sofitel Philippine Plaza in Pasay, Estrada introduced the doctor, a former senator, as his “one and only wife.”

“I just want to thank my one and only wife, Doctora Ejercito,” Estrada said during the first part of his valedictory speech.

“You know, as I have said, I am the king of exes — ex-movie actor, ex-mayor, ex-senator, ex-vice president, ex-president, and ex-convict. But darling, I’ll never be your ex-husband,” he added.

The words of Estrada drew applause from the audience composed of city councilors and former members of his Cabinet.

Before becoming a politician, Estrada was an actor. He first entered politics by being elected as mayor of San Juan in 1967.

He was then elected as the 13th President of the country from 1998 to 2001. Estrada was convicted of plunder in September 2007. In October of that year, then President Gloria Macapagal-Arroyo granted him executive clemency.

Estrada made a political comeback in 2013 and won as Manila mayor, going to serve for two consecutive terms.

Last March, he tried to win a last term but lost to his Vice Mayor Francisco “Isko Moreno” Domagoso.

Estrada will end his term on June 30.

In his farewell speech, Estrada said: “Hindi man tayo pinalad, my devotion to the city of Manila will remain. I’ve done my best I only do what’s best for the greater good of the greater number.”