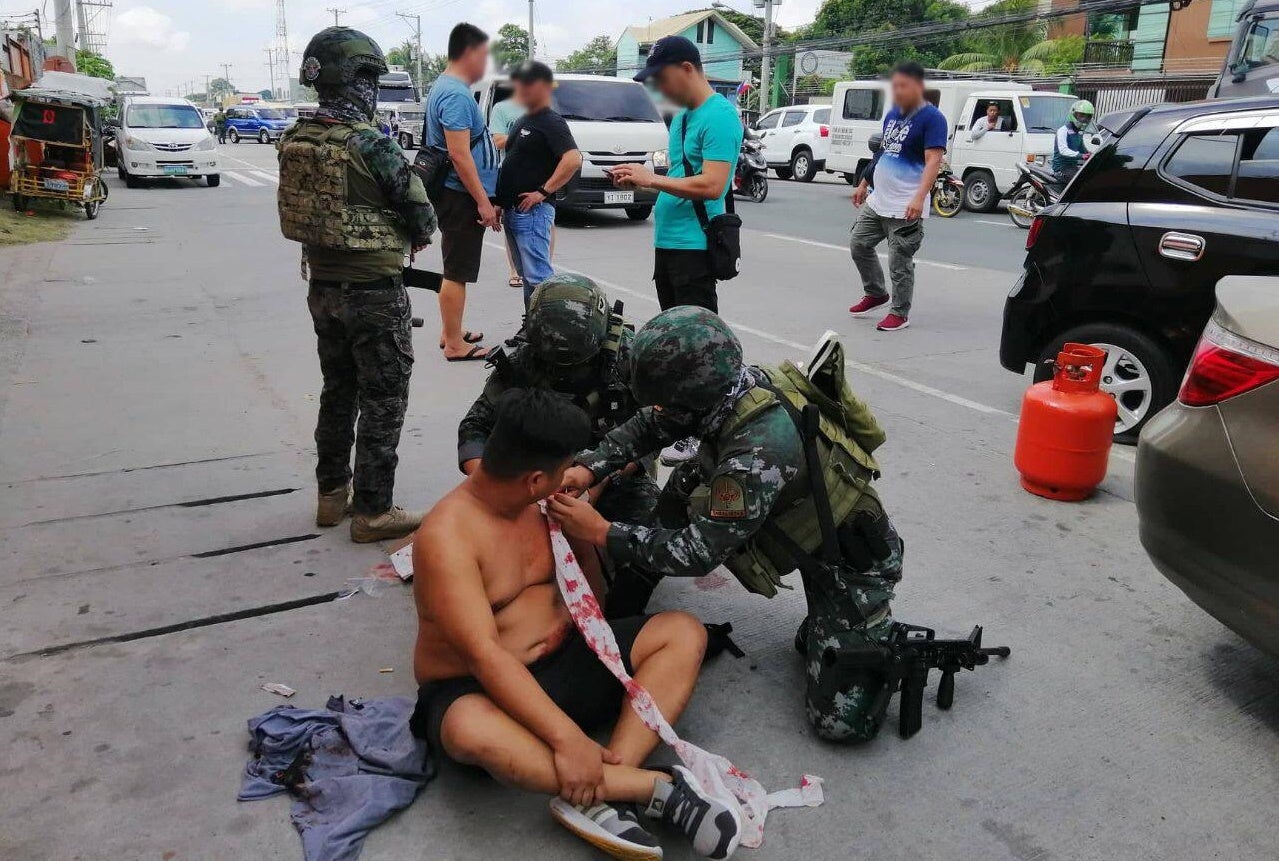 Operatives of the PNP-IMEG apply first aid to Cpl. Joeten Samson, who sustained a gunshot wound on his left shoulder during a brief encounter with arresting officers. Photo from PNP-IMEG

Cpl. Joeten Samson was arrested at around 9:46 a.m. by joint elements of the Philippine National Police-Integrity Monitoring and Enforcement Group (IMEG) and Intelligence Group (IG) after receiving P150,000 in boodle cash from a complainant, whose identity is being withheld.

According to a police report, Samson demanded cash from the complainant in exchange for the release of her Toyota Vios, which was confiscated during an anti-drug operation by the Provincial Drug Enforcement Unit.

Instead of surrendering, the suspect, who is assigned at the Mabalacat City Police, sped off with his Toyota Wigo, prompting the arresting officers to shoot the tires of his vehicle.

He was later cornered along MacArthur Highway in Barangay Sindalan where he fired at the police officers. Police retaliated, hitting the suspect on the left shoulder.

Operatives applied first aid to the suspect before he was rushed to the Jose Lingad Memorial Regional Hospital. He was declared stable, but he remains at the hospital, guarded by personnel of PNP-IMEG, as of this posting.

Seized from him were the boodle cash and a pistol, according to police. — With Tonette Orejas, Inquirer Central Luzon (Editor: Eden Estopace)