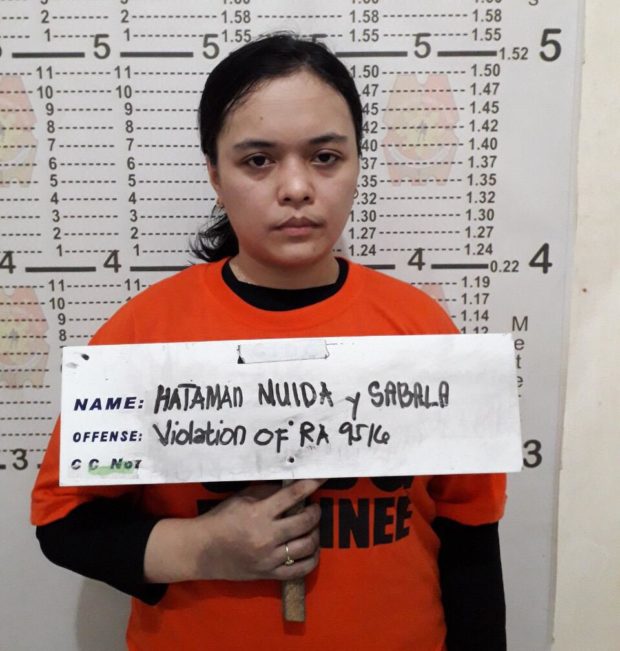 MANILA, Philippines – Police arrested on Tuesday an official of the Technical Education and Skills Development Authority (Tesda) in Basilan for alleged possession of an improvised explosive device (IED) and materials used to manufacture explosives.

The Criminal Investigation and Detection Group (CIDG) identified the suspect as Muida Hataman, Tesda’s Basilan provincial director, who was arrested in Barangay San Rafael, Isabela City after police served a search warrant at around 4:10 a.m.

Hataman was brought to the CIDG Regional Office in Zamboanga City and will be charged with illegal possession of explosives.

In a press briefing at Camp Crame, Philippine National Police (PNP) spokesperson Col. Bernard Banac said the suspect denied she owned the recovered evidence and was only “visiting” the house where the materials were confiscated.

Banac said Hataman was alone at the residence when they served the warrant. (Editor: Gilbert S. Gaviola)