BOC, Navy intercept P25M worth of smuggled cigarettes in Zamboanga 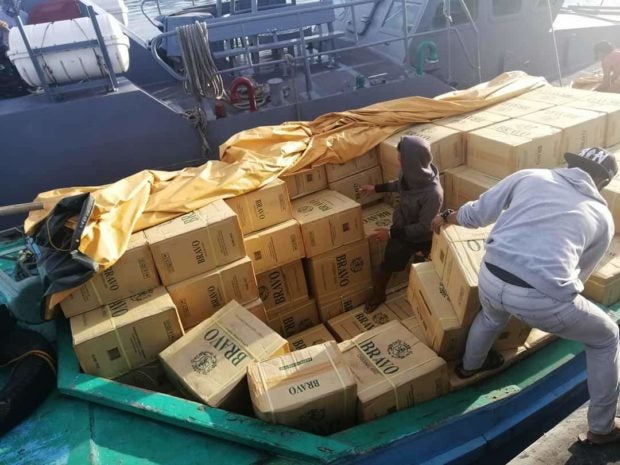 Customs and Navy agents seize 740 boxes of cigarettes – likely smuggled from Malaysia – in Zamboanga City last June 20, 2019. The contraband was loaded onto “MJ Farnaliza” and valued at P25 million. Photo courtesy of Bureau of Customs

MANILA, Philippines — Bureau of Customs (BOC) and Philippine Navy operatives have intercepted a boat that was carrying smuggled tobacco products worth P25 million in Zamboanga City.

Three crew members of the boat were also arrested during the operation, a source from BOC’s Intelligence and Investigation Service told INQUIRER.net on Monday. The source added that the crewmen, who claimed they were only hired to transport the 740 boxes of cigarettes to Zamboanga are currently placed under BOC’s custody as they undergo further investigation. 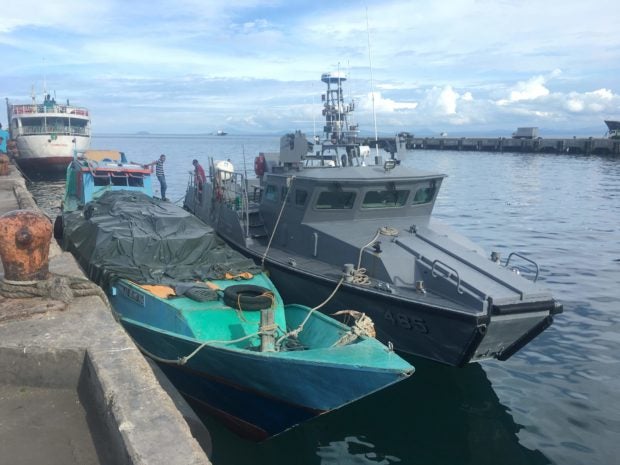 Customs and Navy agents seize 740 boxes of cigarettes – likely smuggled from Malaysia – in Zamboanga City last June 20, 2019. The contraband was loaded onto “MJ Farnaliza” and valued at P25 million. Photo courtesy of Bureau of Customs

The source likewise said the identity of the contraband’s recipient was still unknown, but that the smuggled cigarettes are bound to be distributed in Sta. Cruz, Zamboanga City.

BOC agents will destroy the smuggled cigarettes in Zamboanga, according to the source.