PNP, PDEA seize P68M worth of ‘shabu’ hidden in tea packs in Batangas 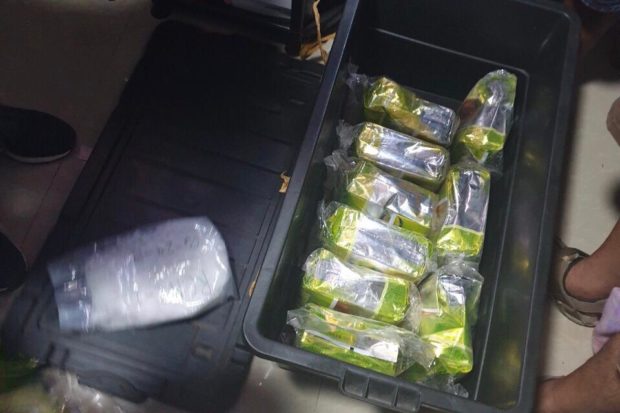 This photo shows bags of suspected “shabu” concealed in tea packs that will be subject of an inventory by authorities after joint elements of the Philippine National Police and Philippine Drug Enforcement Agency in Batangas seized them on Monday, June 24, 2019. (Photo from Batangas police)

According to Batangas police, the 10 bags of “shabu” weighing 1 kilogram each or a total of 10 kilograms were seized from the house of Eugene Fernandez, who was also arrested during the enforcement of a search warrant around 1 p.m.

Aside from the confiscated illegal drugs, authorities also seized from the suspect a caliber .45-pistol and a magazine with eight bullets, a dried marijuana leaf, two fully-grown marijuana plants in a pot, and a digital weighing scale. (Editor: Katherine G. Adraneda)