MANILA, Philippines – A total of 36 domestic and international flights to and from the Ninoy Aquino International Airport (Naia) have been delayed, while two others were diverted after a red lightning alert was raised early Monday morning.

In an advisory, the Manila International Airport Authority (Miaa) announced that the state weather bureau issued a red lightning alert at 12:30 a.m. 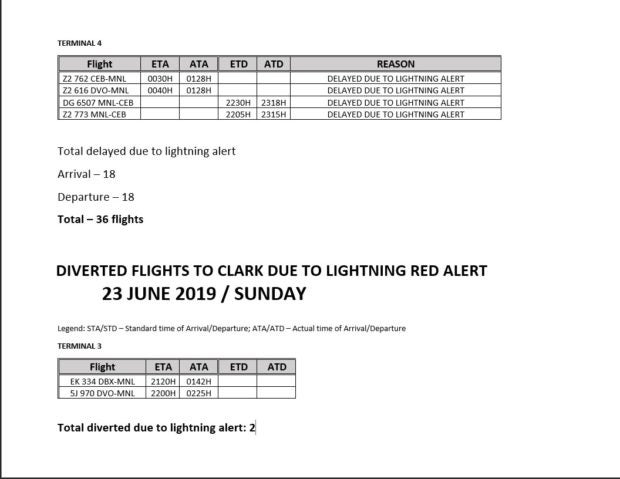 This is the second time a red lightning alert was raised at the said airport due to inclement weather in a span of hours. 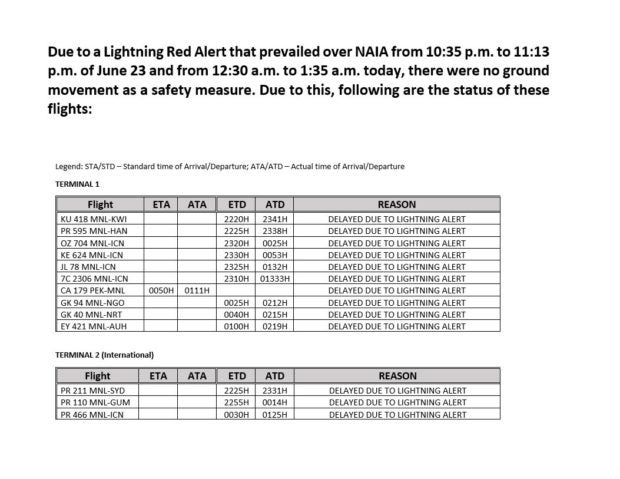 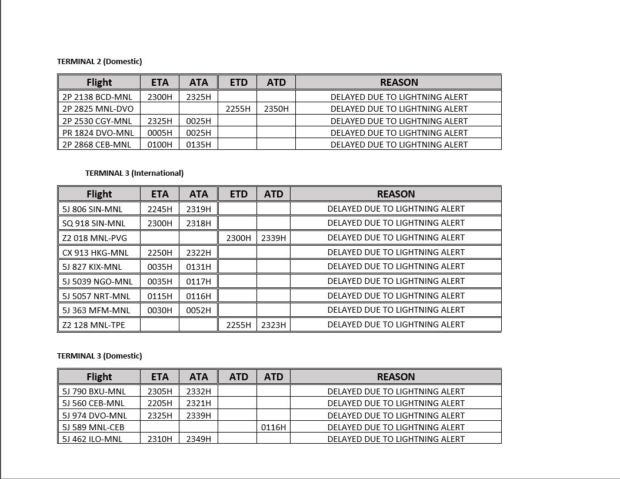 A red lightning alert is issued as a safety precaution when lightning is prevalent in the area and may endanger personnel, passengers and flight operations.

During the said alert, ramp movement for both aircraft and ground personnel is suspended, which if prolonged, could result in flight delays, Miaa explained.

“The MIAA seeks the understanding of the air riding public in this regard.  Safety of passengers, flights and airport workers remain paramount in airport operations,” the agency said in a statement. (Editor: Gilbert S. Gaviola)