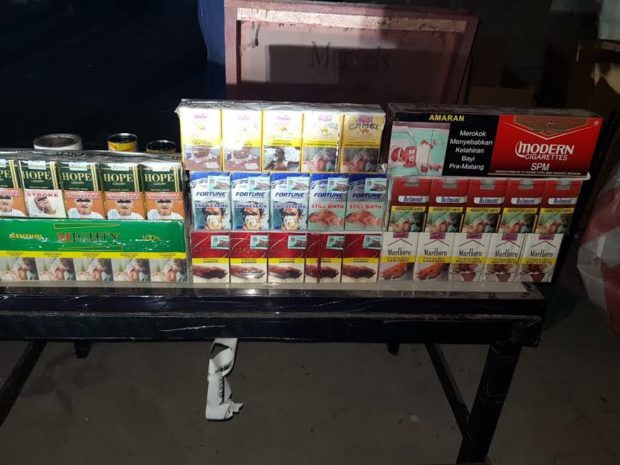 Some of the fake cigarrettes seized by Customs agents during an operation last June 13. PHOTO FROM BOC

MANILA, Philippines—Operatives of the Bureau of Customs (BOC) seized more than P160 million worth of fake cigarettes, cigarette-making machines and other smuggled goods in two warehouses in Bulacan province.

The BOC said on Sunday (June 23) that agents from its Enforcement and Security Service seized the items last June 13 yet inside the warehouses in the towns of Marilao and Sta. Maria, Bulacan.

Found inside the warehouse in Sta. Maria, Bulacan were nine cigarette-making machines and fake cigarette tax stamps with an estimated value of P120 million.