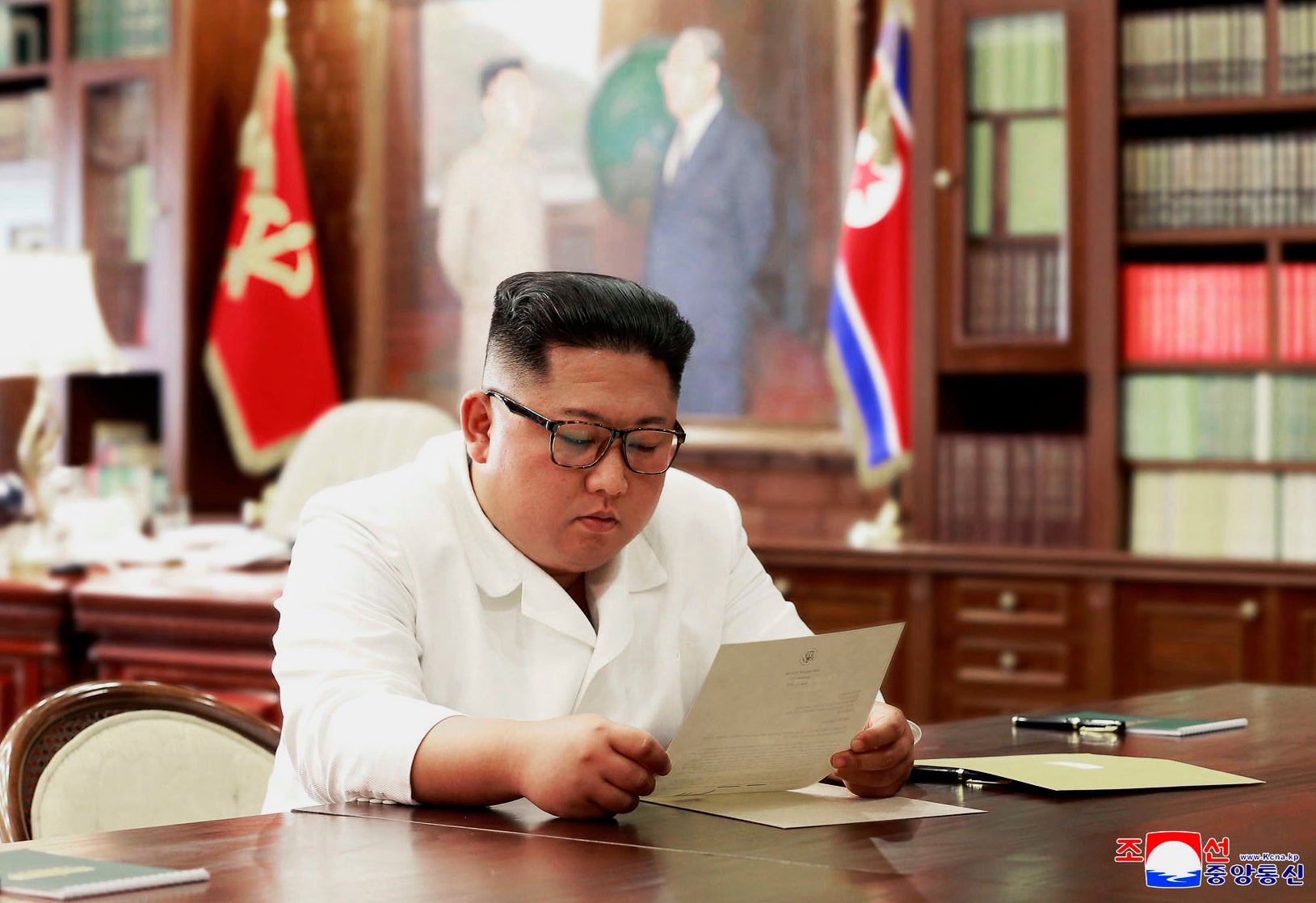 In this undated photo provided on Sunday, June 23, 2019, by the North Korean government, North Korean leader Kim Jong Un reads a letter from U.S. President Donald Trump. Independent journalists were not given access to cover the event depicted in this image distributed by the North Korean government. The content of this image is as provided and cannot be independently verified. Korean language watermark on image as provided by source reads: “KCNA” which is the abbreviation for Korean Central News Agency. (Korean Central News Agency/Korea News Service via AP)

Kim “said with satisfaction that the letter is of excellent content,” the Korean Central News Agency reported.

“Appreciating the political judging faculty and extraordinary courage of President Trump, Kim Jong Un said that he would seriously contemplate the interesting content,” the agency said.

Nuclear talks between the U.S. and North Korea broke down after the failed summit between Kim and Trump in February in Vietnam.

The U.S. is demanding that North Korea abandon its nuclear weapons entirely before international sanctions are lifted. North Korea is seeking a step-by-step approach in which moves toward denuclearization are matched by concessions from the U.S., notably a relaxation of the sanctions.

The North Korean report on Trump’s letter came days after Kim’s summit with visiting Chinese President Xi Jinping, which experts say underscored China’s emergence as a major player in the diplomatic push to resolve the nuclear standoff with the North.

Xi is expected to meet with Trump next week in Japan. Analysts say he could pass him a message from Kim about the nuclear negotiations.

Kim during his annual New Year’s speech said he would seek a “new way” if the United States persists with sanctions and pressure against North Korea. Following the collapse of his meeting with Trump in Hanoi over disagreements in exchanging sanctions relief and disarmament, Kim said Washington has until the end of the year to offer mutually acceptable terms for a deal to salvage the negotiations.

Trump and Kim exchanged letters in 2018 after a summit in Singapore to discuss the nuclear issue. White House spokeswoman Sarah Huckabee Sanders said at the time that the letters addressed their commitment to work toward North Korea’s “complete denuclearization.”

In September 2018, Trump told a cheering crowd at a campaign rally in West Virginia that Kim “wrote me beautiful letters and they’re great letters. We fell in love.”