From Chocolate Hills to ‘Home of Chocolates’ 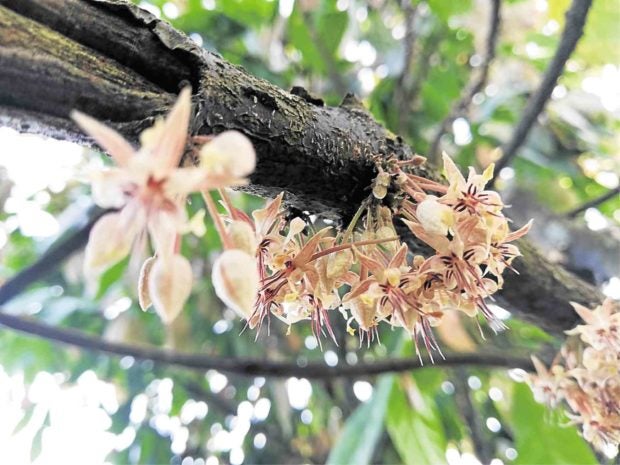 TAGBILARAN CITY, Bohol, Philippines — Bohol may be known for its Chocolate Hills, where more than a thousand cone-shaped mounds form a magnificent landscape that looks like chocolates during the dry months.

But this Central Visayas province is also home to a “chocolate princess,” who put up the first and only chocolate house in the province.

More significant than that, Dalareich Polot, 30, is saving the cacao trees, whose seeds yield cocoa powder to make “tableya,” or coin-shaped tablets pressed out of pure, roasted cacao beans.

“Bohol is already famous internationally for its Chocolate Hills. Our goal is to add another title — the ‘Home of Chocolates,’” she said.

And she has succeeded. 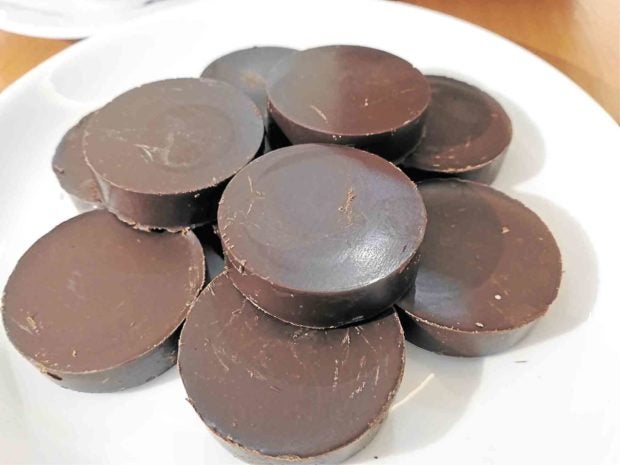 In July, Polot is scheduled to fly to London to receive an award from the Academy of Chocolate, founded in 2005 by five of Britain’s leading chocolate professionals, united in the belief that eating fine chocolate is one of life’s great pleasures.

The “Dalareich 100% Unsweetened Chocolate” received the gold award under the drinking chocolate category, together with Manila-based Auro Chocolate.

“We didn’t expect it because we are competing with chocolates from all over the world,” Polot said.

More than 1,500 entries representing producers from 46 countries were received by the academy, making 2019 the most successful year in the history of the awards.

Polot grew up in a family that has been producing tableya since 1994. 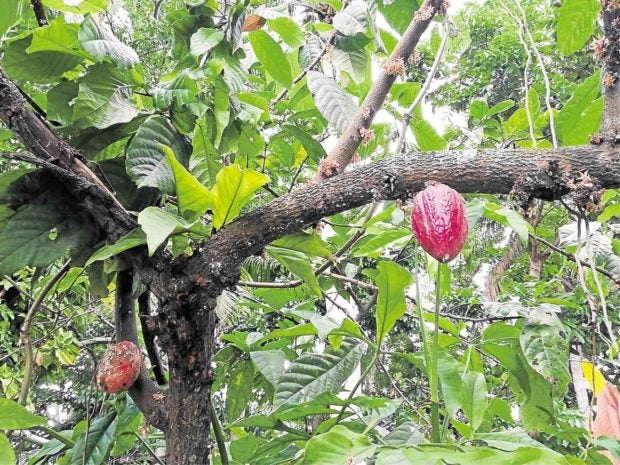 CACAO IN BLOOM. Cacao trees that have been planted and grown for generations in Bohol have driven the island province’s chocolate industry. —PHOTOS BY LEO UDTOHAN

She used to accompany her grandmother, Tomasa, in selling anchovies and tableya in the neighborhood.

Her mother, Elsa, 54, inherited the small business when Tomasa died in 2000.

Elsa, then a street cleaner, and husband Ricardo made tableya on the side to augment their income.

But this “sideline” helped the couple send their five children to college—Irene, 33; Dalareich; Renel, 27; Jessa, 24; and Angelah, 20.

Although a graduate of computer engineering, Polot helped her parents innovate and improve their products, and market these to local merchants. She had noticed that they would not go beyond selling tableya on the streets. 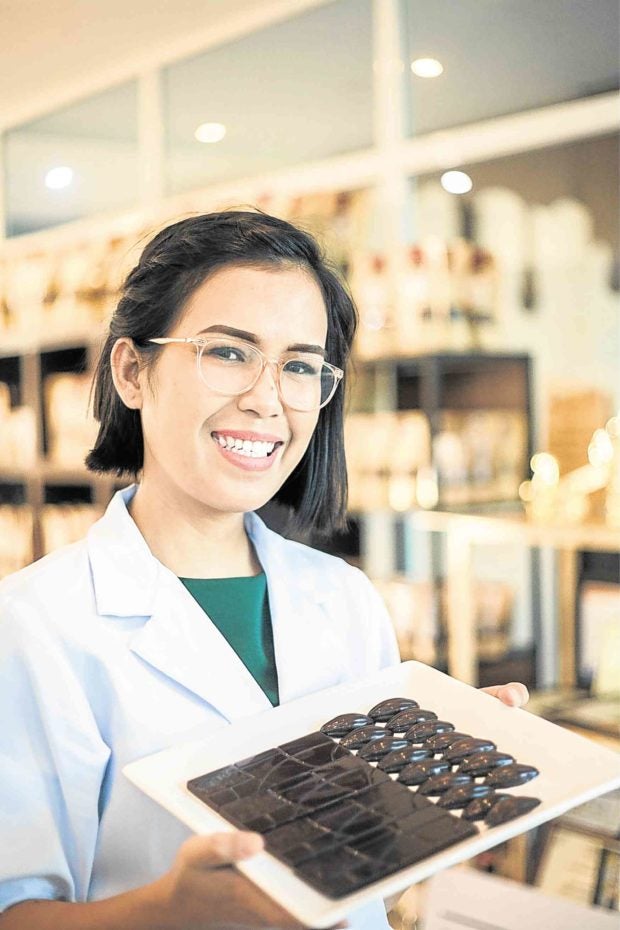 In 2013, Polot bested 30 young entrepreneurs in the Young Women Entrepreneurs Boot Camp, sponsored by the US Embassy in Manila.

The prize was a scholarship at Ghent University in Belgium where she studied engineering on chocolate processing for a month.

She was able to learn from top chocolatiers in the world, changing her perspective toward chocolate-making.

When she returned to the country, Polot launched her own chocolate line, called Ginto Luxury Chocolates, which she later sold in exhibits in the country and abroad. 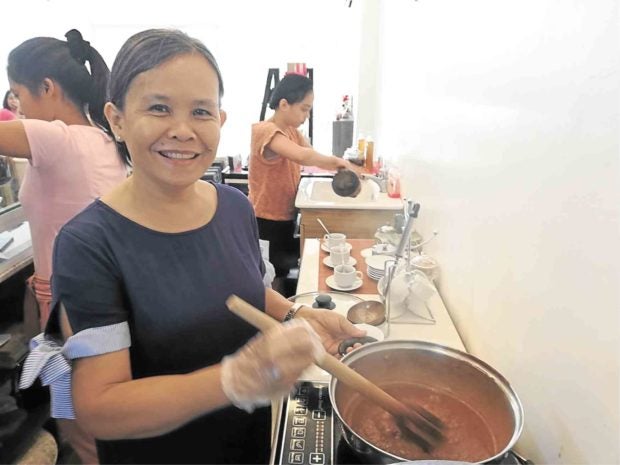 The warm reception to her chocolates convinced her to put up the first chocolate factory in Bohol in September 2017.

Polot sources her cacao beans from small farmers from the towns of Calape, Carmen, Pilar, Sierra Bullones and Jagna.

Cacao seeds are sold at P35 per kilo in the local market, but Polot buys these from farmers at a higher price of P160 to be able to help them.

But since the farmers could not meet her demand of 63,700 kilos a month, Polot had to tap those in Davao.

It also sells unsweetened tableya (pure unsweetened chocolate). “The [more] bitter the taste, the more expensive it is because it is pure and real,” Polot said. 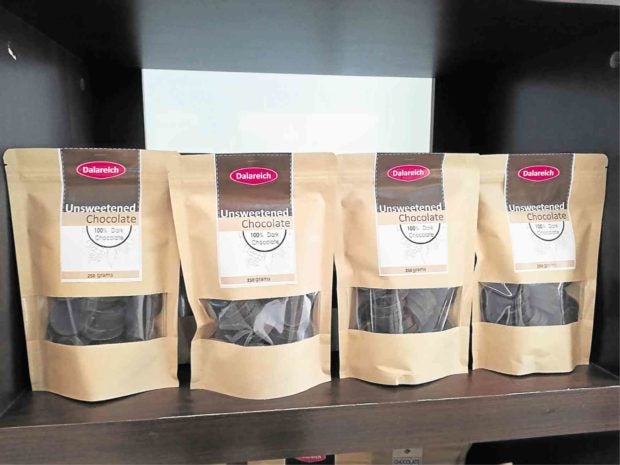 To preserve cacao farming in Bohol, Polot launched the “Adopt-a-Cacao” campaign to encourage Boholanos to take care of cacao trees that had been planted in their backyards and their communities.

“We believe that there are more than 10,000 historical cacao trees in each town across Bohol,” she said.

Cacao is part of Boholano culture, according to Polot.

Due to the influence of the Spaniards who introduced cacao in the Philippines, it is common to see every Boholano household with one to three cacao trees planted in their yards.

“These trees, many planted by grandparents, have been ignored in recent years and have not been given the attention they so richly deserve,” she said. Cacao beans harvested from the trees were used as tableya for personal consumption.

But “Criollo,” one of the best varieties that grow abundantly in the province, is in peril. The tree has always been extremely susceptible to pests and fungal infections.

A bar for donor

The Adopt-a-Cacao campaign aims to rehabilitate these trees and provide more income to the farmers. For a donation of P75 per tree per year, the donor gets a bar of chocolate produced from the tree.

Polot eventually wants Bohol to also be known as the country’s “Home of Chocolate,” not only of the Chocolate Hills.

“I want Bohol chocolates to be on the world chocolate map,” she said.