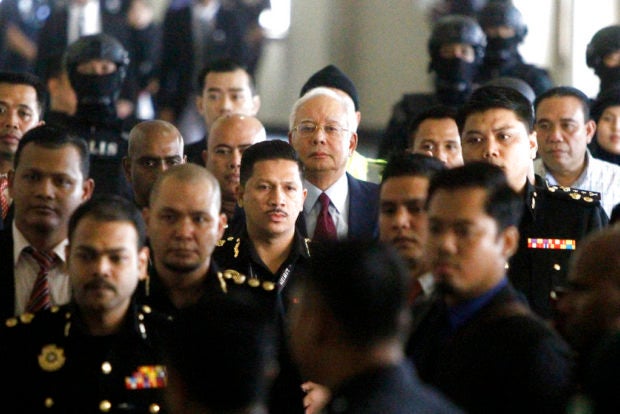 Putrajaya, Malaysia — Malaysia has launched legal action to recover about $65 million stolen from scandal-hit state fund 1MDB, much of it from groups connected to the ousted former regime, anti-corruption authorities said Friday.

Billions of dollars were looted from the investment vehicle and spent on everything from yachts to expensive artwork, in a fraud allegedly involving disgraced ex-premier Najib Razak and his cronies.

Anger at the scandal contributed to Najib’s long-ruling coalition losing power at historic polls last year, and the new government is seeking to claw back looted funds.

In the latest move, the Malaysian Anti-Corruption Commission has launched civil forfeiture actions – which allow authorities to recover assets allegedly obtained through crime – against 41 entities and individuals.

“We are set to recover at least 270 million ringgit ($65 million),” Latheefa Koya, the newly appointed head of the agency, told reporters in the administrative capital Putrajaya.

She said it was Malaysia’s largest civil forfeiture action to date, with the money purportedly coming from a local bank account tied to Najib.

Among the organizations targeted are branches of the United Malays National Organization, the party that Najib once headed and which was the lynchpin of the former ruling coalition.

They also include other parties in the coalition, charitable trusts, and individuals.

Latheefa added that about 919 million ringgit in looted funds have so far been recovered, some of it from overseas.

Last month, about $57 million forfeited by the company behind the Leonardo DiCaprio film “Wolf of Wall Street” was returned to Malaysia by US authorities, who are seizing assets in America linked to the scandal.

Since losing power, Najib has been hit with dozens of charges linked to the scandal, and has been on trial since April in the first of several court cases he is expected to face over 1MDB.

Najib, who vehemently denies any wrongdoing, is free on bail. /kga