MANILA, Philippines– A Taguig court has found an Indonesian national with alleged ties to the ISIS-linked Maute Group guilty of illegal possession of firearms and ammunition under Republic Act 10591. 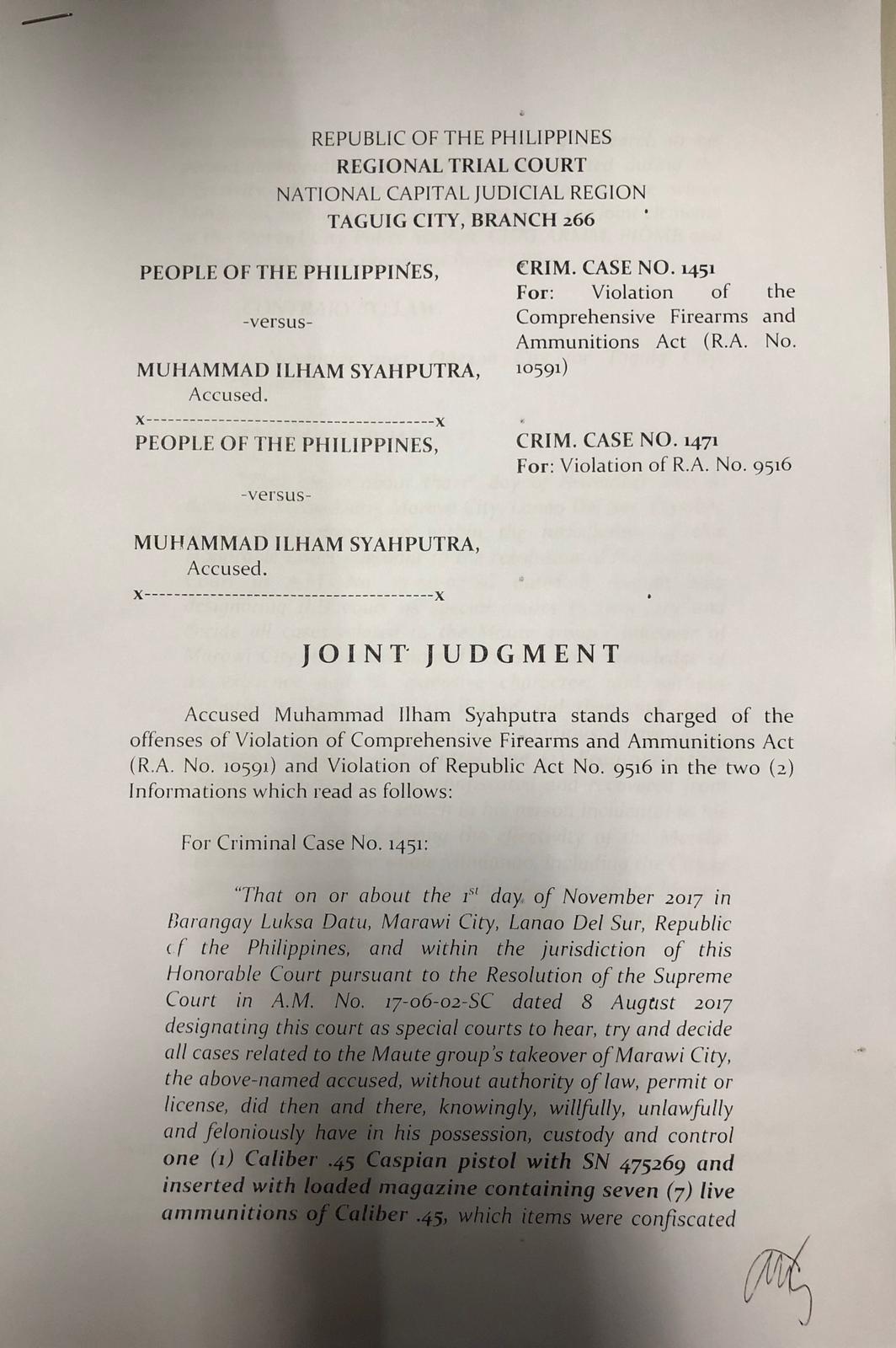 However, the court found Syahputra not guilty of  illegal possession of explosives despite a testimony from the police that a fragmentation grenade was found in his possession when he was arrested in 2017. 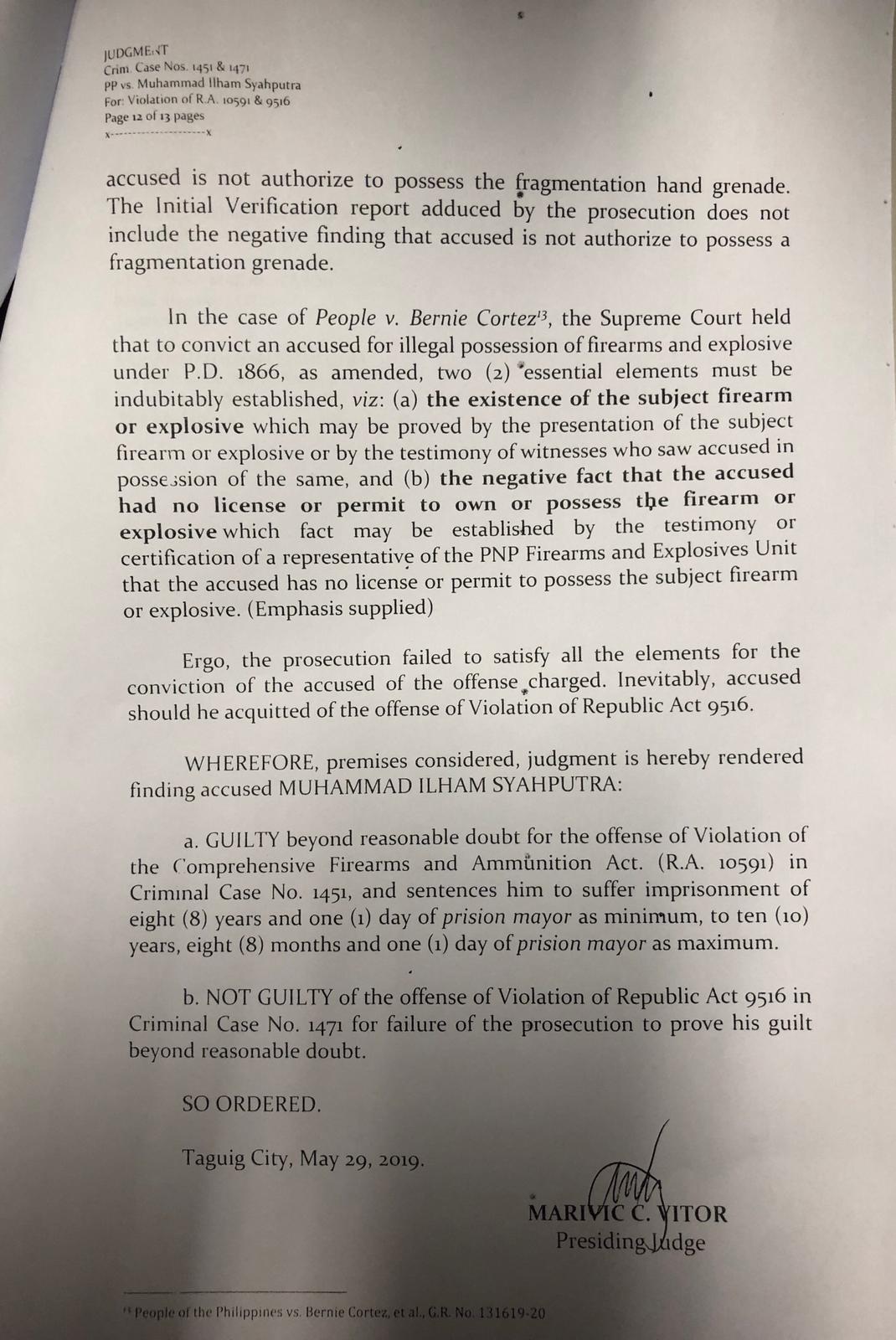 Syahputra was arrested on Nov. 1, 2017  during a clearing operation conducted by the military and police along Bangun in Marawi. He was carrying a bag. When police called his attention, he attempted to run away.

Confiscated from him was a .45 caliber pistol, ammunition, a fragmentation grenade, passport and money in various currencies.

The court said the prosecution was able to establish that the .45 caliber firearm and ammunition were confiscated based on the police’s testimony. The court also noted that documents were also presented to  show that Syahputra is not a licensed firearm holder and has no license to own or possess a gun.

On the illegal possession of explosives charge, particularly that of the fragmentation grenade, the court said that even if the police positively mentioned that one was recovered from Syahputra, the prosecution had failed to show proof that he has no authority to possess the grenade.

Assistant State Prosecutor Ethel Rea Suril said they will appeal the acquittal of Syahputra on the illegal possession of explosives charge.  (Editor: Mike U. Frialde)