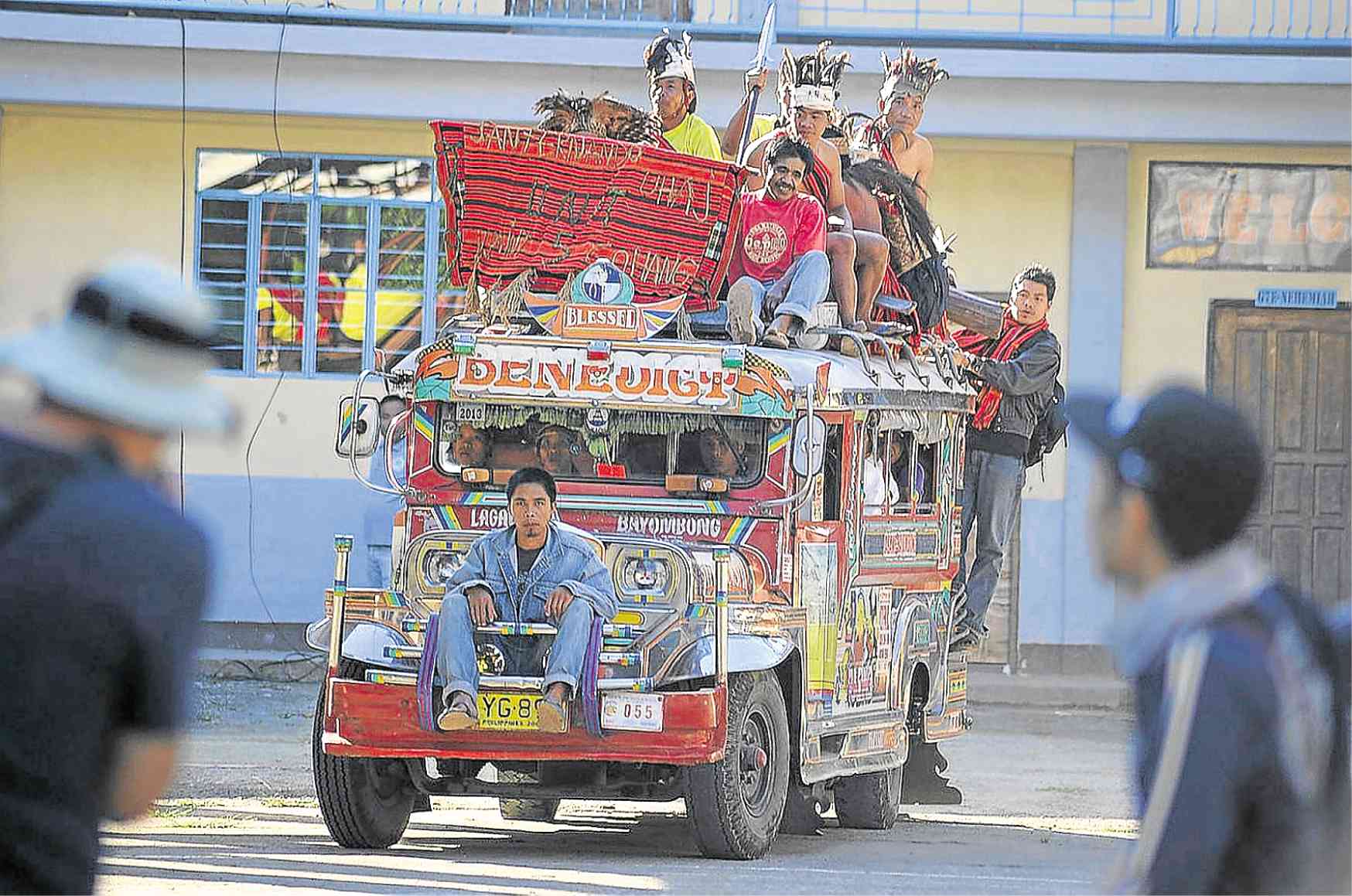 HIGHLAND RIDE With the scarcity of public transportation and irregular trips in parts of the Cordillera region, residents of Ifugao province squeeze themselves in every space available in this jeepney, including its roof. —EV ESPIRITU

BAGUIO CITY — Jeepneys in the Cordillera must be replaced with modern, energy-saving vehicles before a three-year transition lapses next year, top officials of the Department of Transportation (DOTr) said here on Thursday.

Diesel-powered jeepneys, which are environment-friendly, can be bought for rugged terrain by drivers who are given only until 2020 to replace their outdated vehicles, said Transport Undersecretary Mark Richmund de Leon.

He said the jeepney modernization program does not require operators to buy only electric vehicles when they form cooperatives or small corporations.

Suppliers of jeepneys that comply with the Euro 4 or 5 standards use fuel like gasoline or diesel that are still good for the environment, he said. These standards reflect the level of reduced emissions discharged by vehicles.

But DOTr will also require a review of franchise routes to determine where jeepneys are needed and where they contribute to a perceived vehicular congestion in Baguio City.

According to De Leon, the DOTr may withdraw franchises from areas which have too many jeepneys and where overcapacity has affected a driver’s earning.

Recent studies showed that jeepney drivers barely earn due to traffic generated by too many vehicles on city roads.

“Congestion strangles their earning potential due to the inability to reach their destination within a desired time. A half-an-hour trip takes them an hour which means they lose around P12,852 per month or P154,224 per year—an unfortunate thinning out of [their] income,” Michelle Bacalla-Garcia, an urban management graduate, said.

A team tasked with studying Baguio’s urban capacity said that Baguio’s road system, spanning 349 kilometers, is inadequate for the city’s population. This has resulted in traffic congestion and gridlock.

“Baguio’s problem—and I think this was established by previous administrations—was that there were too many franchises issued here,” De Leon said.

He said this makes reexamining the number of jeepneys important in the government bid to improve public transportation.

“A jeepney driver complained during one of our forums … He earns only P500 and could not afford to replace his jeepney. So I asked him how many jeepneys serve his area. He replied, ‘We are 500.’ So that’s why they do not earn well. Maybe the area needs only 100 or 200 jeepneys,” De Leon said. —VINCENT CABREZA