Investors hoping to get their money back as they await resumption of religious ministry’s operation
By: Bong S. Sarmiento - @inquirerdotnet
Inquirer Mindanao / 05:05 AM June 20, 2019 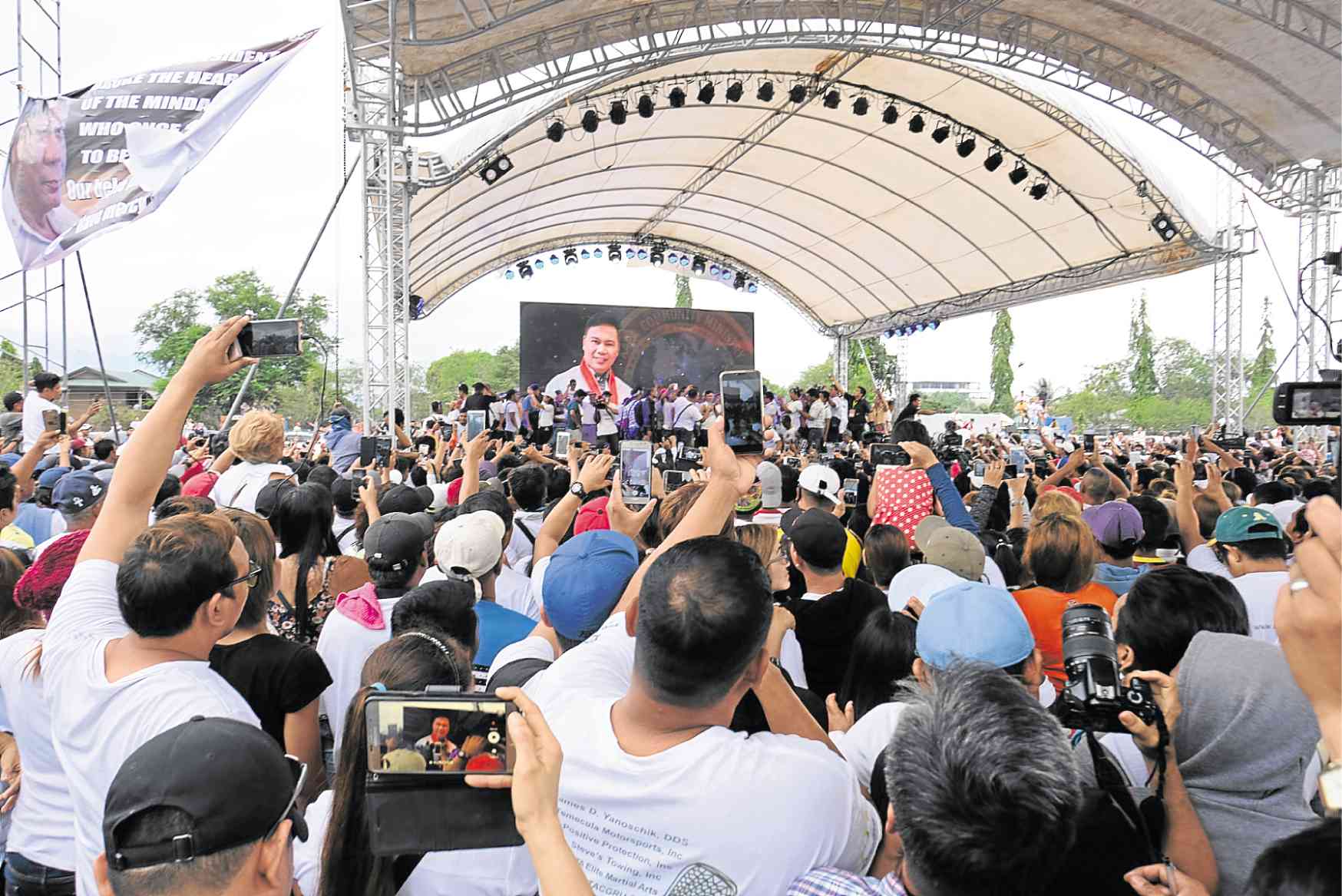 “It had not sunk in or if it did, the members were still hoping against hope (for Kapa operations to return to normal),” he said.

“They don’t want to antagonize [Kapa officials and bite] the hands that feed them,” Peneza said, explaining the absence of  a complaint filed by any member against founder Joel Apolinario or any of Kapa’s officers.

The Securities and Exchange Commission (SEC) on Tuesday filed a criminal complaint against Kapa and its officers for allegedly running an investment scam. It said Kapa had “amassed wealth through an investment scam in the guise of religion and at the expense of the investing public.” The complaint was filed in the Department of Justice.

President Rodrigo Duterte last week reiterated his order for authorities to go after Apolinario who, through his religious ministry, collected “love donations” from members.

Peneza confirmed that a Kapa member went to the NBI office here “not to file a formal complaint, [but to ask] how to recoup the donation.”

Kapa members have been promised a 30-percent monthly interest, or “love gift,” for their “donations.” Until the Kapa operations were ordered closed by the President last week, members have been regularly receiving their “love gifts” in various offices, mostly in Mindanao and the Visayas and parts of Luzon.

The SEC earlier estimated that Kapa had received about P50 billion in “donations” from its members over the last three years.

Peneza said NBI lawyers were willing to help the complainants execute judicial affidavits against Kapa but no one had approached the agency. 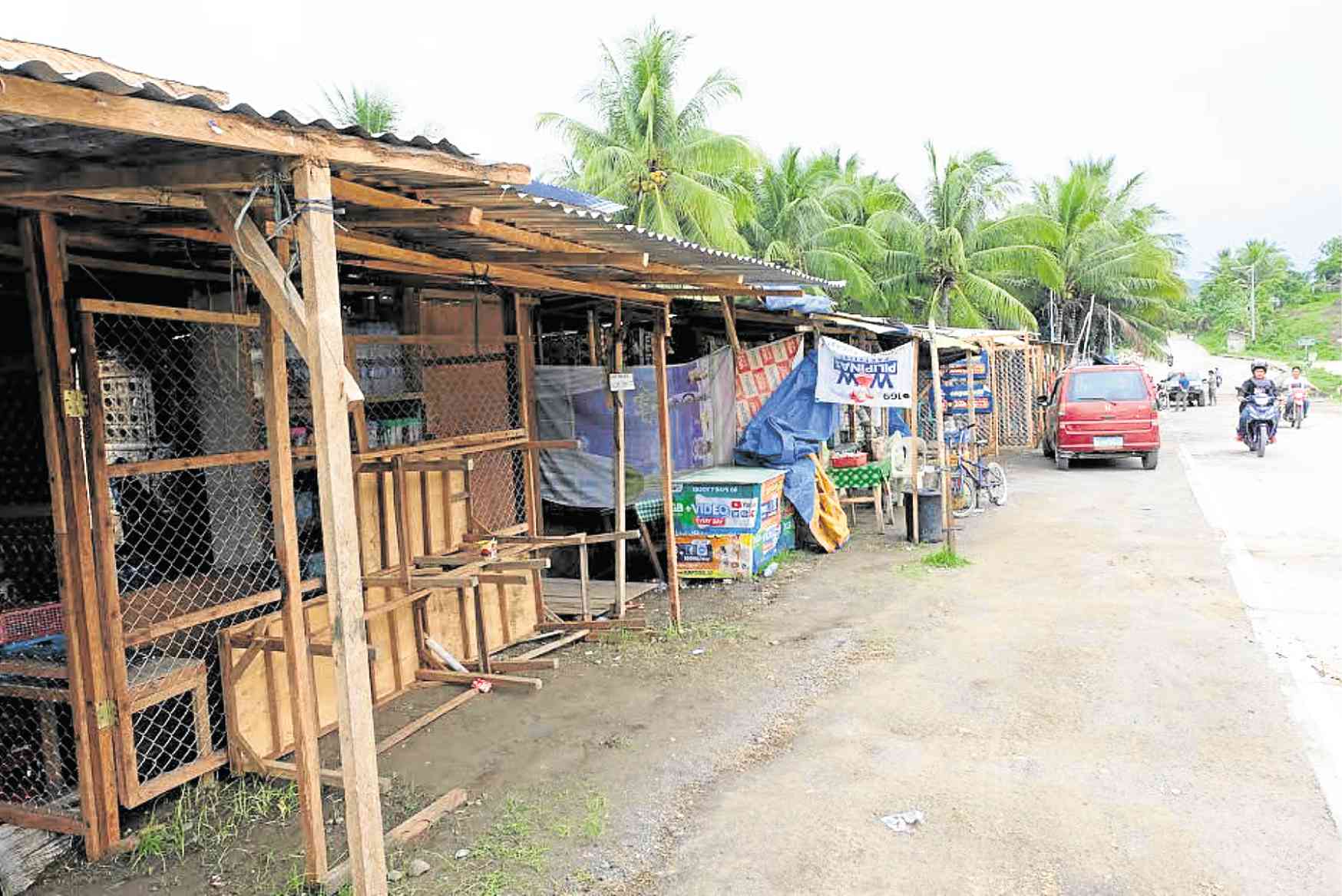 DESERTED Most of the stores built outside the headquarters of Kapa in Alabel, Sarangani, have been closed following the crackdown on the group’s operation. —BONG SARMIENTO

Apolinario transferred Kapa’s headquarters to Alabel, Sarangani, in Soccsksargen region (Region 12), in 2017. Its operation started in Bislig, Surigao del Sur province, where Apolinario was hounded by members who accused him of estafa.

Apolinario settled the complaints by either returning their money or after members had issued affidavits of desistance, Peneza said.

Kapa branches and similar groups offering get-rich-quick schemes have mushroomed in parts of Soccsksargen, before these spread to Davao Region and reached other parts of Mindanao, the Visayas and Luzon.

Peneza said the manhunt for Apolinario was ongoing. NBI agents were also looking for the helicopter that Apolinario and his wife Reyna used when they attended a rally of Kapa members in this city on June 13.

Apolinario, during the rally, told his members that “Kapa’s operations were already OK with the President.”

But President Duterte, who was also in the city on the same day to distribute land titles, lashed out at Apolinario, calling him a “con artist.”

The President reiterated his order for concerned government agencies to go after Apolinario.

At the Kapa headquarters in Alabel town, the property once teeming with people, motorcycles and latest car models had become almost deserted.

Emily Recopelacion, who operates a sari-sari (variety) store and an eatery outside the Kapa headquarters, said she lost P15,000 in daily income after the office was closed following an NBI raid on June 10.

“Prior to the closure of the Kapa office, our store had plenty of customers. Even at night, there were many people waiting for their turn the next day for the payout,” she told the Inquirer.

She said she could barely earn P100 a day from the store after the Kapa office’s closure.

Recopelacion, a Kapa member, urged the President to allow Kapa to operate, saying it was their way out of poverty.

Read Next
Rizal memorabilia find home in Baguio hotel
EDITORS' PICK
IATF to LGUs: Issue ordinances vs attacks on frontliners, COVID-19 patients
Quick chat with Nicole Andersson: ‘You really don’t need much to be happy’
Robredo spox thanks Duterte for defending VP’s efforts vs COVID-19
Diokno to Duterte: OK to make fun of buck tooth, but focus on people’s needs first
Nograles: Cabinet members to donate 75% of monthly salary to aid COVID-19 fight
10 Filipinos positive for COVID-19 in UK, 7 in Ireland — envoy
MOST READ
Coronavirus hotbed Rizal to shut borders on April 6
Gov’t mulling quarantine period extension of 15-20 more days
Sotto on Isko Moreno’s call: We do our job without the media following our every move
Cebu records no new COVID-19 case in past 2 days
Don't miss out on the latest news and information.