South Korea to send 50,000 tons of rice to North Korea 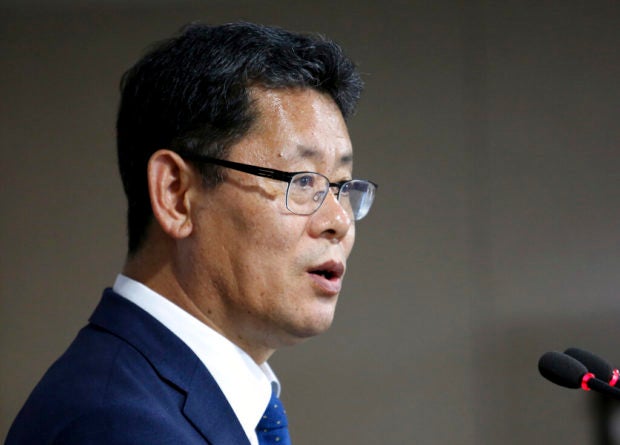 SEOUL, South Korea — South Korea said Wednesday it plans to send 50,000 tons of rice to North Korea through the World Food Program, in its second aid package announced over the past month as it seeks to help with North Korean food shortages and improve bilateral relations.

UN agencies last month said that about 10 million people were facing “severe food shortages” after one of North Korea’s worst harvests in a decade. Kim said South Korea will decide whether to provide more food aid after reviewing the outcome of the current assistance.

Kim said South Korea and WFP are reviewing how to send the rice to North Korea, but that a delivery by sea would be more effective than air transport.

“Considering previous cases, it would take about two months to send 50,000 tons of rice (to North Korea),” Kim said in a news conference. “The government will do its best so that (the rice arrives in the North) possibly within September.”

Seoul’s announcement came a day before Chinese President Xi Jinping was to travel to Pyongyang for a summit with North Korean leader Kim Jong Un, a visit experts say will likely be accompanied by Chinese assistance in food, fertilizer and medicine.

North Korea has significantly reduced its dialogue and engagement with South Korea since February, when a nuclear summit between leader Kim Jong Un and President Donald Trump collapsed over disagreements on sanctions relief and disarmament.

While South Korean President Moon Jae-in has expressed hope that South Korean aid will help thaw bilateral relations, it remains to be seen whether Seoul’s packages would facilitate diplomacy when the North has been demanding much bigger things from the South, such as the resumption of inter-Korean economic projects held back by US-led sanctions against the North. (Editor: Eden Estopace)